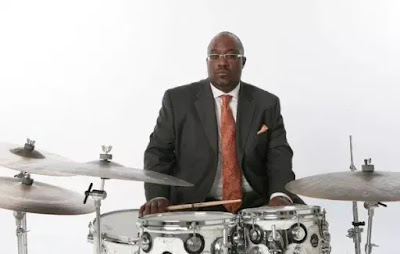 The 27th edition of the Charlie Parker Jazz Festival is underway ... and, as always, the grand finale takes place in the East Village.

Per the official SummerStage program:

Carl Allen’s jazz bonafides are indisputable—as a young drummer out of William Paterson University he earned a spot in Freddie Hubbard’s band, and would go on to play with the saxophonists George Coleman and Phil Woods (among others), and serve as the Artistic Director of Jazz Studies at the Juilliard School. The quintet he brings to SummerStage — featuring Jeremy Pelt, JD Allen, Eric Reed, and Peter Washington — pays tribute to one of his heroes, the legendary drummer Art Blakey.

Allen is joined by NEA Jazz Master and one of the most respected musicians out of the hard-bop era George Coleman and his trio, the multiple Grammy Award nominee pianist Fred Hersch, who has been proclaimed as “the most arrestingly innovative pianist in jazz” by Vanity Fair, and the saxophonist Lakecia Benjamin, who has played with the likes of Missy Elliot, Alicia Keys, Stevie Wonder, Macy Gray, the Roots and Anita Baker.

Here's what to expect from Carl Allen ... this clip is from the recent San José Jazz Summer Fest ...

This is always a great event, especially when the Kardashian Twins show up late a few years ago, and dance erratically out of rhythm in front of everyone who got there early, blocking their views, and then start loudly arguing with an elderly man who politely asked them to move, then get ejected by security, twice, and told not to come back. Good times.

Do you have a link to an article about them getting ejected? If so, this is hilarious.