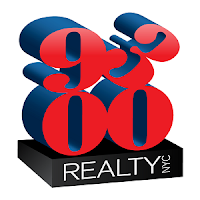 The AG selected NYC Management after rejecting two other companies that Croman proposed, [an AG] spokeswoman indicated. She didn’t know the date NYC Management was selected, but said tenants were notified of the decision in April.

During the period when NYC Management is running the buildings, Croman may only have “incidental interaction with tenants of the subject properties,” as per a December 2017 consent decree.

According to a media advisory from the AG's office last December:

The independent management company will oversee operations and institute new policies at the Croman properties to ensure full compliance with the law and correction of all past violations. It will also post a comprehensive set of Tenants Rights in every building it manages.

The monitor will provide quarterly reports to the Attorney General, which will include at minimum any complaints received from tenants and actions taken; the total number of rent-regulated apartments that became deregulated during the reporting period, the reason for deregulation, and all supporting documents; and the monitor’s assessment as to whether Croman has complied with the consent decree.

Croman recently spent eight months in jail for mortgage fraud. His civil case ended in December when he agreed to pay $8 million to the tenants he was accused of bullying out of their rent-regulated apartments.

Last month, residents in two LES buildings that Croman owns said that maintenance issues and neglect of the properties had gotten worse while he was in prison, as The Lo-Down reported.

Besen will take control of the Croman properties on July 1, per the Observer.

Perhaps Besen will collect the back rent that Ben Shaoul owes Croman on Avenue B.
Posted by Grieve at 4:30 AM

Glad something is being done, but really, the wheels of justice are so god damn slow. Don't understand why something that was basically an emergency has taken years to be addressed.

City and State agencies need to do the same thing to other landlords when they are obviously just trying to drive rent stabilized tenants out. They should have brought in a management company to run Toledano s buildings, but it looks like the creepy Smurf’s days as a landlord are over. Jared Kushner deserves the same treatment, along with all the other slumlords and trust fund babies who treat tenants like all of those poor Mexican childen locked up in cages at the border.

Can I call the AG's office to report the jackasses Croman rents to - the ones who are out in the backyard partying loudly until the wee hours all summer long?

and forced out Caffe Vivaldi sadly.

Yes,Kushner's buildings should be audited to see if they drove rent stabilized tenants to vacate illegally, if so, then punitive damages and an independent mgmt company to manage in the future.