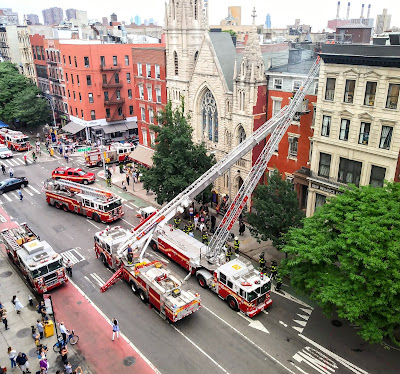 There was a report of a fire early this evening at 110 Second Ave. between Sixth Street and Seventh Street... at the landmarked Isaac T. Hopper House, which serves the Women's Prison Association as a halfway house.

Despite a large FDNY response, there wasn't a mention of it on the Department's official Twitter feed.

Thanks to Duke Todd for the photo!
Posted by Grieve at 8:06 PM