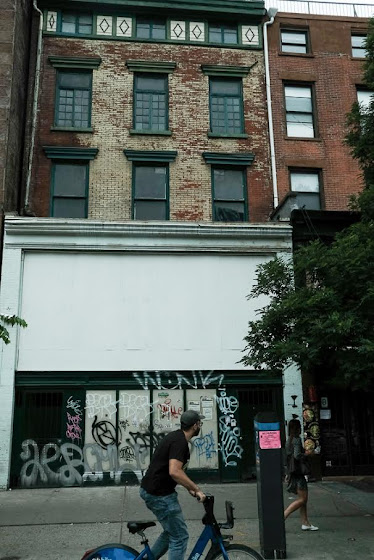 Ownership of 84 Second Ave. has changed hands now for the second time in two years.

In its real-estate transaction listings this week, the Times noted that the property was sold for $7.8 million. (The paperwork hit public records on May 16.)

A local private investor has bought this vacant four-and-a-half-story mixed-use walk-up in the East Village/Lower East Side Historic District. The 4,812-square-foot building, to be gutted and renovated, was once the site of Sopolsky’s Dress Suits, which rented dinner jackets and tuxedos, and in the mid-19th century served as a temporary home for women. Any development of air rights, totaling 4,788 square feet, is subject to approval by the city’s Landmarks Preservation Commission.

The buyer shares the address of Highpoint Property Group, a real-estate development company.

According to public records, the building sold in May 2016 for $5.1 million. Betty Sopolsky via an LLC was the seller, with the buyer listed as West 26th Street L.L.C.

The previous set of owners were looking to make some major renovations to this walk-up between Fourth Street and Fifth Street. Landlords of buildings located within a designated New York City historic district must receive a permit from the Landmarks Preservation Commission for major work.

Among other things, there were plans to create four residential units (condos?). Those work permits had yet to receive city approval. (The city disapproved them last October, per the Department of Buildings.)

There was also a petition in circulation in opposition to the planned alterations to the rear of the building.

In January, CB3's Landmark's Committee issued a partial Certificate of Appropriateness for the address. (They issued a similar partial approval in October 2017.)

According to the official minutes from the January meeting, CB3 OK'd the front façade plan and opposed the rear yard addition. Among other points, CB3 officials said that "great care should be taken to monitor this fragile building and its neighboring buildings."

As we understand it, the previous owner didn't follow through with the plans with the LPC, instead selling the building. 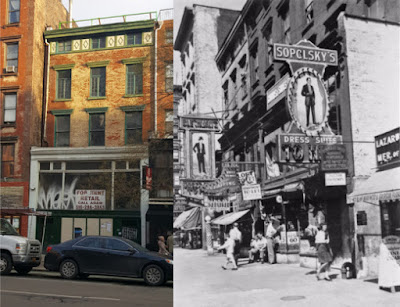 The new owners haven't filed any new work permits with the city to date.

The front door was open yesterday, revealing a gutted interior ... and door to a garden out back, as these photos by Derek Berg show... 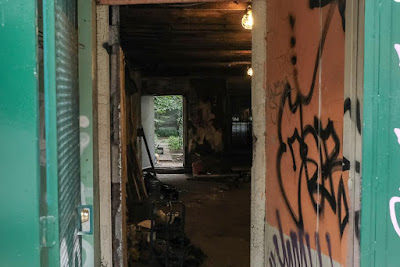 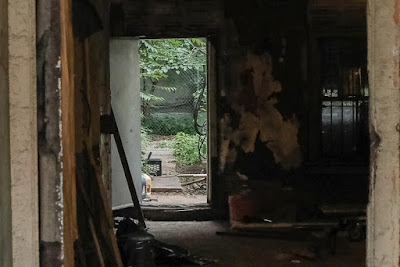 Renovations proposed for mysterious 84 2nd Ave.
Posted by Grieve at 4:28 AM

This makes me sad.