Here's a quick look at two more of the applicants on this month's CB3-SLA meeting agenda... 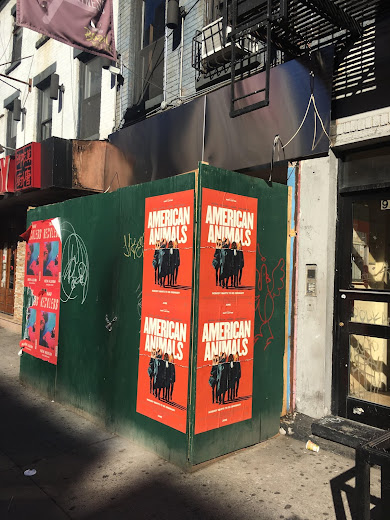 A Chinese restaurant called Gala is in the works for the former Blue 9 Burger space at 92 Third Ave. between 12th Street and 13th Street.

The applicants are seeking a beer-wine license. The questionnaire (find it at the CB3 website here) lists 15 tables accommodating 30 guests along with a five-seat bar. The proposed hours are 5 p.m. to midnight Sunday-Thursday; until 2 a.m. on Friday and Saturday.

We got a partial reveal back in April at what's coming to the under-renovation 130 First Ave., the former Rainbow Music just south of St. Mark's Place. 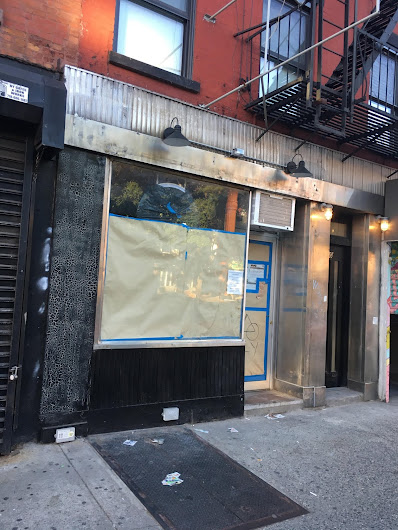 According to the application on the CB3 website (PDF here), the owners of Nunoodle Noodle + Bar on Queens Boulevard in Elmhurst are opening an outpost on First Avenue.

The paperwork shows a restaurant with seven tables seating 20 guests with proposed daily hours of 11:30 a.m. to 10:30 p.m. The applicants were on the agenda for the June 11 SLA committee meeting (a beer-wine license), though they were not required to appear before the board.

Previously on EV Grieve:
Former Rainbow Music shop will be a Chinese restaurant
Posted by Grieve at 4:17 AM

More Chinese food, more Chinese noodles. This is quietly one of the more insane developments around here as of late. The numbers and the rate at which they are coming are kind of outrageous. Is anyone else noticing this or just me?

Yes!!! So many opening, especially in the last two months, I took an informal count: between 14th St and Houston/4th Ave and 1st Ave, I’ve counted 26 (including pending and some bubble tea/dessert). I may have missed some bubble tea and dessert establishments.

But I’ve also seen an explosion in the Asian population on the streets. Some may be tourists, some are dorm inhabitants and some may be from the tech companies new to the neighborhood, or just visiting the EV, attracted to the new restaurants that are off-shoots of well known Taiwanese chains and Queens restaurants.Some may be young professionals buying into the new condos, wishing to be near family in Chinatown and/or access to Chinese amahs (also seeing many more older women around).

Having lived in the EV for 50 years, it’s interesting to see the shift in populations over time -Ukrainian, Dominican, Puerto Rican, hippies, bros...