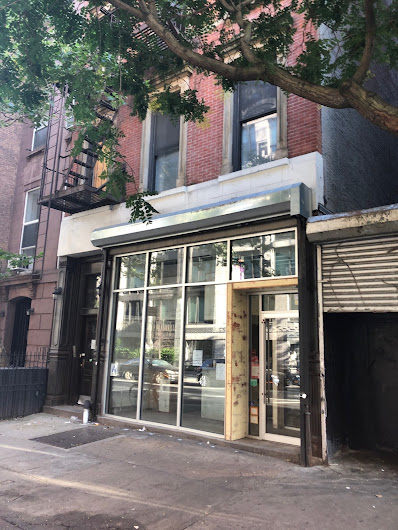 Last Thanksgiving weekend, an early morning fire broke out in the top-floor apartment at 204 E. 13th St. between Second Avenue and Third Avenue. No injuries were reported in the blaze. (A cause has not been publicly revealed.)

The fire caused extensive water damage to Bruno Pizza on the ground floor. At the time, owner Demian Repucci told me that he was hopeful to get the restaurant up and running again.

Now, nearly eight months later, Repucci has decided that reopening the space wasn't feasible. He shared the news via Instagram earlier this month. Here's part of the message:

It is with a heavy heart that I bring you this news. The plethora of adversity that normally comes with running a restaurant was always made up for with the myriad amazing relationships I developed with you, the restaurant’s friends, neighbors, and pizza lovers. ...

But the water damage to the restaurant that resulted from the fire in the building upstairs has proven to be too much to overcome. After several months trying to figure out how to get the restaurant back on its feet, it seems recovery moved beyond my grasp.

So the difficult decision to close Bruno Pizza had to be made. The writing was on the wall. Or, rather, no longer on the wall (er... window). Thank you to everyone who came in, ate pizza, talked, drank, listened to my crazy stories, ate more pizza, and gave your love and support in spades. I appreciate it so very much.

I’m not sure another restaurant will ever be in my future, but pizza eating certainly will. As well as great conversation. So please do keep in touch. 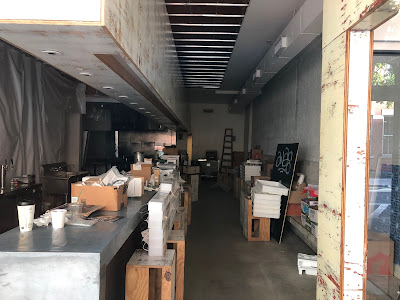 Bruno Pizza, which milled its own flour, opened in July 2015. This was the first food establishment for Repucci, a restaurant designer-consultant.

Eater critic Ryan Sutton gave the restaurant's nouveau-Neapolitan pies high marks, with a post headlined "Bruno Is the Best Thing to Happen to Neapolitan Pizza Since Roberta's." Pete Wells at the Times was not so kind, dropping zero stars on the place. Two years after that punishing review (and after Bruno's original chefs left), Repucci offered to return the 0-star review to the Times.

In May 2016, Bruno Pizza won a judgment against a petition of eviction by landlord Steve Croman’s 9300 Realty.

Damn. A couple of weeks before the fire, I was planning to visit Bruno for dinner with my boyfriend. Then after a major rainstorm one night, we ordered in, promising to go following the thanksgiving holiday. Then, we waited for them to open during the arduous renovation. I understand this man's decision to close up and move on. I spent years in the industry and realize just how difficult operating a venue like this is. My very best to him. He sounds like a smart and sincere guy.

If Croman was the landlord & if there were outstanding repair issues with the space, there is no doubt in my mind that this is 100% because of Croman. Repucci is smart to exit the lease. But this kinda sucks. (Also, though, the obvious result at this point)

This place was amazing. So sad.

The very week that Bruno opened, the owner Demian Repucci was served with an eviction notice by Steve Croman and his company 9300 Realty and it dragged on for a long time.

After beautifully renovating the space - Croman begins tormenting Repucci, as he has done to so many other businesses
who unfortunately rented from him.