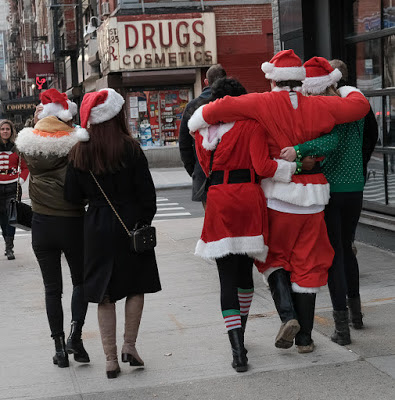 There’s no place like a courtroom for the holidays.

A pub crawl promoter, named as Eddie Miller in public documents and published reports, filed suit Friday in a Manhattan Federal Court seeking control over the SantaCon.org internet domain and its trademark registration.

Miller's suit targets a business called Participatory Safety Inc., claiming its "SantaCon" mark is invalid and seeking an order that it may not assert control over domain names such as santacon.com and santacon.net.

"SantaCon is a descriptive, if not generic, term," the suit says. Miller also claims for damages, saying his business interests have been unlawfully disrupted.

According to Miller's suit, the defendant registered the domain name santacon.nyc in 2015, then applied for the SantaCon mark the following year, for use at "charitable fundraising" events.

Not long after that, persons unknown to Miller begin telling city pub owners that they were the "official SantaCon," says the suit, which presumably will attempt to name additional defendants.

That year, a person going by the alias Kristopher Kringle attempted to force bar owners to pay him $400 per bar to allow SantaCon crawlers to enter their establishments, the suit says. That person, the suit says, is part of the defendant company's "smear campaign."

"Defendants' malicious acts have caused and continue to injure plaintiffs' ability to sell tickets to their SantaCon events all over the United States," the complaint says.

The suit also sheds light on the driving forces behind SantaCon, which Ben Yakas at Gothamist describes as the "city's stupidest annual event, a cultural void that provides an excuse for binge drinkers and obnoxious bros to let their alcoholism fly in public, all under the thin veneer of charity." 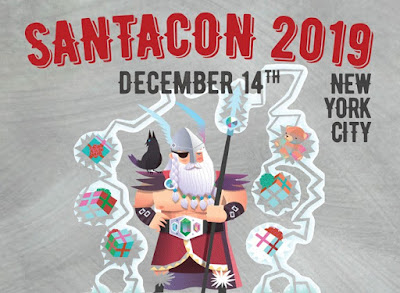 It is humiliating that people are willing to go to court to exclusively own the rights to a scam and public menace. The "CON" in this event's name says it all.

I can’t wait to see all the plaintiffs and defendants show up in court dressed as Santa Claus. And I hope that both sides lose, bigly.

It will be a Miracle on 14th Street if somehow this bag of sh*t day gets tossed right in the trash.

I wish NYC would step on this thing so hard we'd never hear its name again.

What’s wrong with a little santacon fun?? You all sound like the Xmas grinch

@4:51pm: The only people who think there's any "santacon fun" are people whose definition of "fun" is "I must get drunk starting as early in the day as possible, and then continue to drink until night time." Those people are generally known to society as "problem drinkers" or alcoholics.

Further, many people are rightly insulted by those who've decided that Christmas is something to be demeaned & derided in this manner. I suggest the santa con organizers try doing this during Rosh Hashanah in some of the ultra-Orthodox areas of Brooklyn, and see how well their antics are received.

Yes, try pulling this off on the Upper West Side, or along Queens Boulevard, somewhere else where there are lots of bars. On that note, there really needs to be a "cap" on how many bars are on any city block. We have more than our share here in the East Village. Maybe it is time to start asking our politicians to do what is right by the residents of our area and not grant permissions for this event or any more bars. Enough already!

THERE is a cap, 11:31. There are only supposed to be three full liquor licenses within 500 feet of each other. But there's also an exception for additional licenses in the public interest. The exceptions have obliterated the rule. Chairman Bradley at the SLA had his own private definition of public interest. At whose behest I do not know.
And so it goes.

Thank you Sophocles, for educating me.