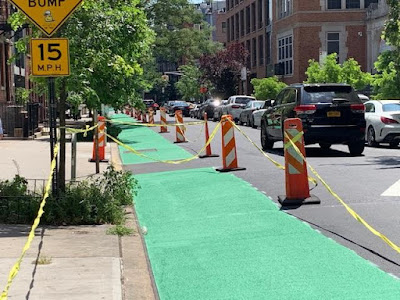 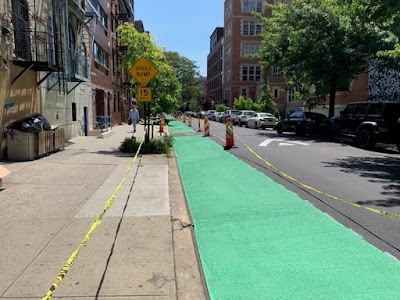 The city milled and paved the street in early May, and finally got around to putting down a fresh coat of green paint.

However, after the shutdown became the slowdown, the city announced in April that the bike lanes on 12th Street and 13th Street would remain permanent.
Posted by Grieve at 4:19 AM

Toxic smelling paint. I can still smell it riding over it weeks after it's been applied.

@12:18 good point I do wonder if it really toxic, the smell is horrible. An extreme chemical smell to it and this heat wave does not help.

Yes the toxic smell. Alarming. Insane. Call 911. Let me yell out the window. Wait, will that kill me?