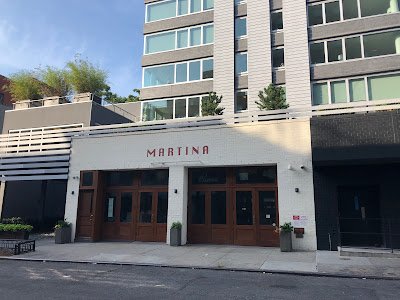 Ruby's, the popular all-day café with two NYC outposts, will open a new location at 198 E. 11th St. at Third Avenue — in the former Martina space.

There's a Community Board 3 notice on the door now for an upcoming SLA committee meeting (no date has been released for the August meeting). The Australian-inspired Ruby's Cafe is applying for a beer-wine license for the space. (Martina also had a similar license)... 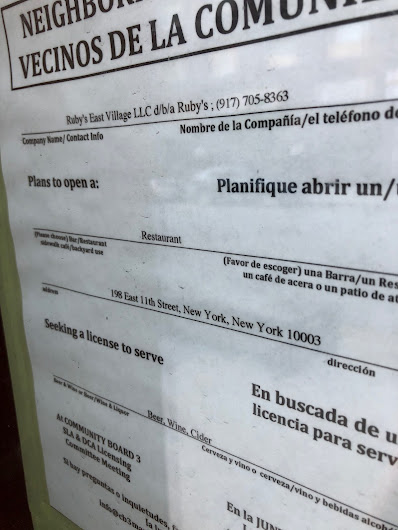 A rep for Ruby's confirmed their arrival here in an email to me, noting: "We can't wait."

Ruby's first opened in 2003 on Mulberry Street between Prince and Spring (they expanded next door in 2014) ... with an additional cafe on Third Avenue between 30th Street and 31st Street arriving in 2016.

Martina opened in August 2017 in this newly created space at 55 Third Ave., aka Eleventh and Third, the 12-floor residential building on the corner. The pizzeria, from Danny Meyer's Union Square Hospitality Group, never caught on, and closed this past March.

Thanks to the anonymous reader who shared the news of the Ruby's CB3 notice!