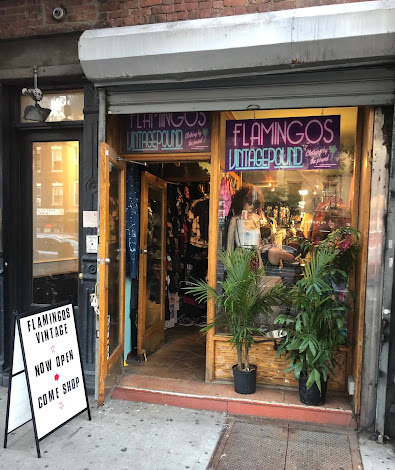 The Flamingos Vintage Pound opened this past weekend here at 143 First Ave. between St. Mark's Place and Ninth Street. (Thanks to Steven for the photo!)

In an interesting move, this is the first of two Flamingos outposts to open in the East Village. Another one is coming soon to 11th Street between First Avenue and Second Avenue... 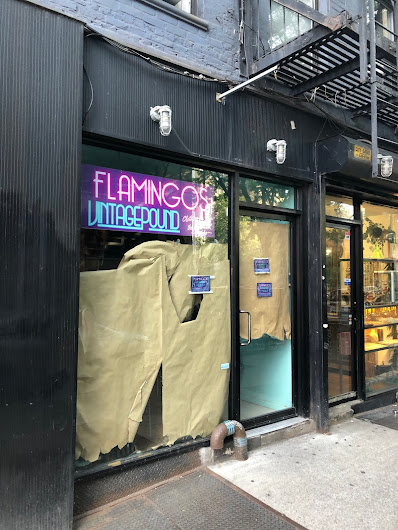 Apparently they are opting for smaller storefronts as opposed to opening in a larger, more expensive space.

These are the latest locations for FVP, which as the name implies, sells vintage clothing by the pound. FVP opened on Stanton Street last summer. The company, now in its 10th year of business, has multiple stores in Europe, as well as in Los Angeles, Houston, Miami and Brooklyn.

Until December 2017, the First Avenue space was home to the bar-restaurant portion of Paquito’s. The quick-serve Mexican restaurant still operates a newly remodeled outpost next door.

Previously on EV Grieve:
Looks like a Flamingos Vintage Pound is coming to 1st Avenue
Posted by Grieve at 4:15 AM