The McDonald's on 1st Avenue is closed for a gut renovation 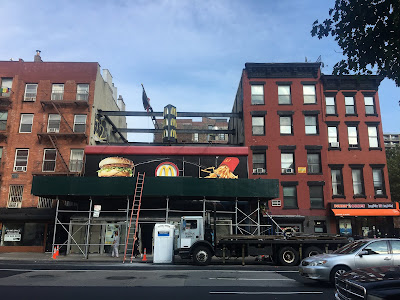 The McDonald's on First Avenue between Sixth Street and Seventh Street closed yesterday as workers quickly gutted the space for an McUpgrade... 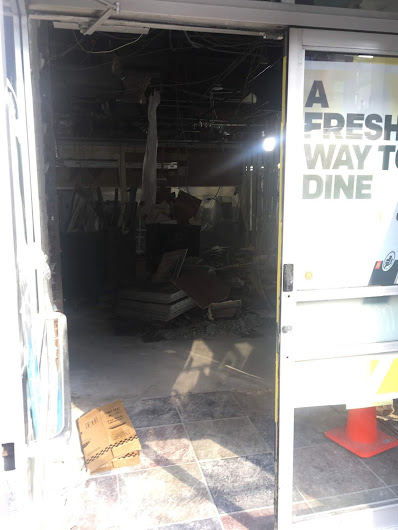 EVG reader Samir Randeria, who shared these photos, spoke with a supervisor on the scene. This McDonald's should be back open in about three weeks. (This location received an updated facade in July 2017.) It was not immediately known if the upside down box of fries on the marquee will be moved to a different position, like, say, sideways.

Last summer, the McDonald's on 14th Street at First Avenue also closed for a three-week upgrade, which included the arrival of digital self-order kiosks.

Email ThisBlogThis!Share to TwitterShare to FacebookShare to Pinterest
Labels: McDonald's

Finally. That place was falling apart. Perhaps this new look will match the other locations. It is almost 2020 after all.

They took down the burger and fries mural which is a small tragedy.

How is it this place has the perminant push-out into the sidewalk, making it always a cramped space along the sidewalk, when no other building is allowed?

McD's owner made a contribution to council creature Antonio Pagán's reelection campaign just before the permit to encroach on the sidewalk was issued.

They should have to bring in that facade that takes up half the sidewalk with this renovation.

I like the glass windows -- It's nice to sit there in the morning and its unique. Glad they took down the burger and fries, that was an eyesore. I go to this McDonald's often so I'm glad it's getting an upgrade. It was feeling a bit rundown.