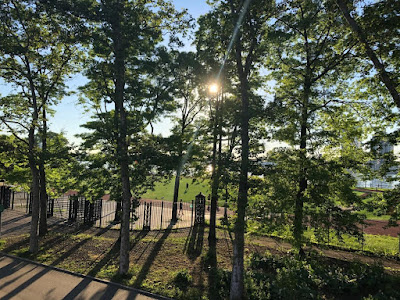 By now you know what the city has planned for East River Park starting in March. (If not, quickly: City officials, starting next spring, plan to close East River Park for three-plus years, burying it with 8- to 10-feet of soil to help protect the east side from future storms as part of the East Side Coastal Resiliency Project.) 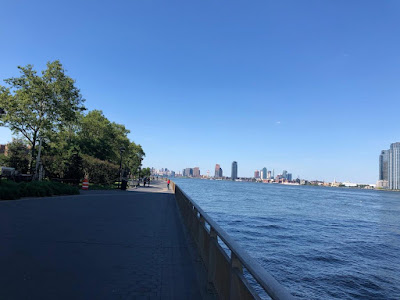 Tomorrow (Wednesday) night from 6-8, Manhattan Borough President Gale Brewer is hosting a public meeting on the the project. The NYC Department of Design and Construction will present the plan, "followed by testimony from all those interested." (Two hours doesn't seem like enough time TBH.) 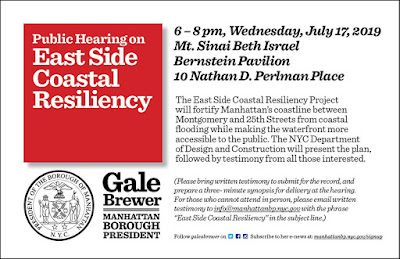 The meeting takes place in the Podell Auditorium in the Bernstein Pavilion at Mt. Sinai Beth Israel at 10 Nathan D. Perlman Place. (Roughly off of 15th Street between First Avenue and Second Avenue... 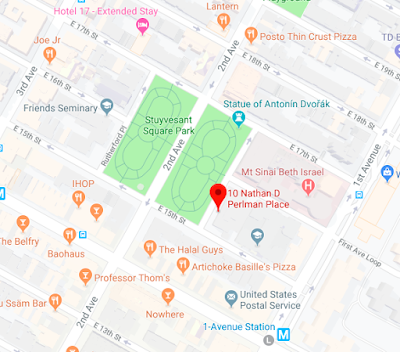 The DDC presented an updated version of their plan, which incorporates community input, before a CB3 committee last week. Curbed has coverage here.

Early last week, Brewer called for a 60-day delay "to answer the profusion of questions and consult with independent environmental experts." As she told Streetsblog: "This is an important project that shouldn’t be rushed. I want to ensure that there is enough time in the review process to allow community members to understand the plan and how it will affect their communities."

On June 25, CB3 approved the proposed plan with a list of specific conditions, as Patch reported.

The plan is now on tour through the city’s Uniform Land Use Review Procedure (ULURP), with a deciding vote expected via City Council this fall.

Meanwhile, there have been sightings of various Davey drills along the East River Park... presumably taking soil samples ahead of the work that's to commence next spring... 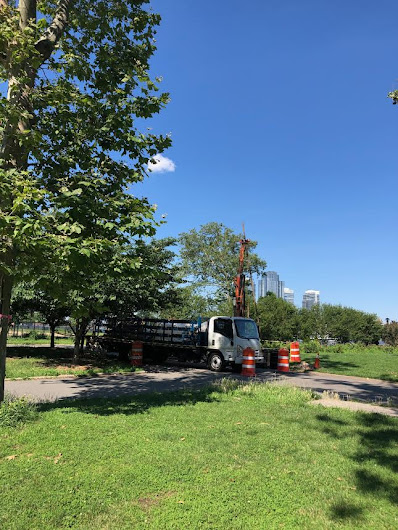 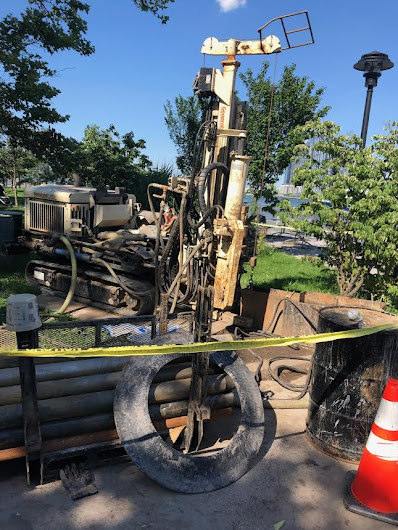 A group called East River Park Action is hosting a meeting Thursday evening at 6:30 at La Plaza Cultural on Ninth Street and Avenue C, per flyers spotted along the waterway... 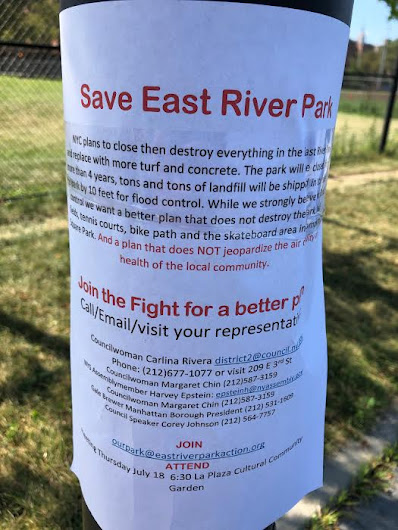 You can find out more about East River Park Action here.
Posted by Grieve at 4:30 AM

This whole thing is a charade being put on by the mayor and his administration to go on record as public outreach but ignoring what we demand and that is to save our park from the bulldozers.

The public housing along the park is underfunded and it's years are numbered as those buildings decay and the public land is sold to developers of luxury housing. De Blasios "World class park" and uninterrupted East River view will be highlighted in the brochures for the future luxury condos. De Blasioville or The Hudson Yards was just a warm up to the coming "East River Towers".

The plan calls for the lanes of the FDR to be closed 11pm to 5am for construction of pilings, with no noise restrictions.

The plan calls for 600 additional vehicle trips a day to and from the site.

The park was built in the 30's and they have no idea what the current condition of the soil is that is to removed and replaced in the plan.

The soil could be highly contaminated, have an offensive odor and be released into the air as it's being taken away, if it is allowed to be removed because of the toxicity.

July 16, 2019 at 10:56 AM has it right - its part of the long term plan to get rid of the Ave D public housing and give it to the luxury developers. Public housing with million dollars views-indeed! Some even have parking, the audacity.

This entire project has corruption and greed written all over it. It will affect many lives for many years. And for what or whom exactly? Oh right. Mayor DeBlassio. This loser not only thinks he can revitalize east side river park for his own self-serving needs, but he also believes he can become president. What planet is he on? Jupiter? I can't stand what he is doing to our city. He's doesn't give a shit about us in this community or anyone else for that matter. Have people really done any research? Is this really the most proven way to combat global warming? This won't just take three years. It might take five to seven years, perhaps ten years given how they have to dig into soil, tear everything apart and build over with new concrete for miles. This is HUGE undertaking and will cost BILLIONS of dollars. Where are the funds coming from? How will this affect those living nearby in the projects? Why is our area the ONLY area in NYC this is happening to? Is our area the ONLY area prone to flooding? I think not. I smell a rotten egg. Welcome to the highline east with new high-rises and condos. Yay :)

Does city government believe we as tax paying, law abiding citizens of lower Manhattan actually support this monstrosity? Do they think we're that dense or stupid about what the underlining intentions of this really are? If it wasn't for us, they would not have salaries, which affords them power and influence. And yet, here they are, at the helm, going forth, making rash decisions which are not only reckless and based on little to no evidence, but which are also irreversible. This is on DeBlassio's watch. I hope that clown (who I stupidly voted for twice) and those whom are spearheading this demolition face the consequences of their manipulation and selfish deeds.

I agree with neolani, LUNCH and anonymous. I smell a rat. The project that was created, fully funded and approved by the community over a span of more than 7 years, with expert input, was a GOOD and ecologically sound project. It saved the old growth trees, the newly renovated waterfront and added many MORE acres of green space. It kept parts of the park open during phased construction. It slightly inconvenienced the FDR traffic. Although the new City Hall approved plan (the ESCR) apparently does that also. Somebody, again, is trying to get rich by depriving poor people, artists and people of color of a beautiful green space. Oh yes and the original plan cost only 860 million, while this farce is going to put 1.4 BILLION into somebody's pocket! Guess it wasn't enough profit. SHAME on CB 3 for approving this new plan after the ULURP hearings. I attended 3 of them and I didn't hear more than 2% of speakers who wanted the new City hall plan. Why do you even bother to pretend to listen to us?? Thank you EV Grieve

Look at all the connections to HR&A.