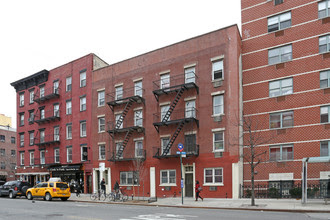 From the transaction wire via The Real Deal: 182-184 Avenue A between 11th Street and 12th Street has changed hands for $11.5 million.

The four-story-tall walk-up sits on two tax lots between East 11th and East 12th Streets. The seller was an entity linked to Granite International Management and the buyer was another limited liability company linked to Great Neck-based landlord Bahram Hakakian.

Hakakian was once on City Councilmember Bill de Blasio's "Slumlord Watch List," according to the Daily News in 2009.

In 2011, The Real Deal's analysis of city records found that "there were 3,020 housing code violations on the 334 units" in the 17 buildings that Hakakian reportedly owned. (He had just sold many of the properties.) That figure came out to about nine violations per unit. 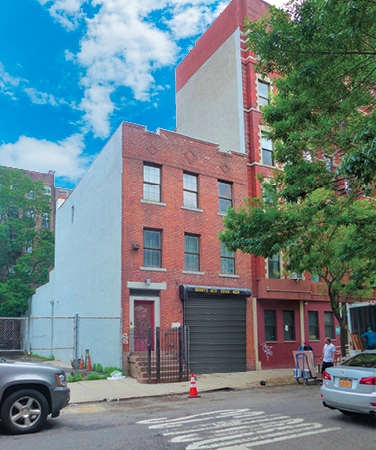 According to the listing, the property was vacant ... and features a garage-studio on the ground level (the former Manny's Auto Repair) ... and a single-family residence on the second and third floors.

The property will reportedly be leased as a rental in the short term with long-term development plans. There were 4,430 square feet of air rights available to the buyer.
Posted by Grieve at 5:00 AM

Email ThisBlogThis!Share to TwitterShare to FacebookShare to Pinterest
Labels: 182-184 Avenue A, building sales

Gut the interior, renovate in a luxurious manner, clean up the building, and install a no-see-thru fence on the empty lot next to the building that is part of the deal and you have an amazing private mansion, with private garage in the most desirable real estate area of Manhattan. Resell for $20M within a year of completing the $5-$10M renovation costs. Anybody want to go in?

Both buildings days are numbered.