Recent ghost signage on Avenue B 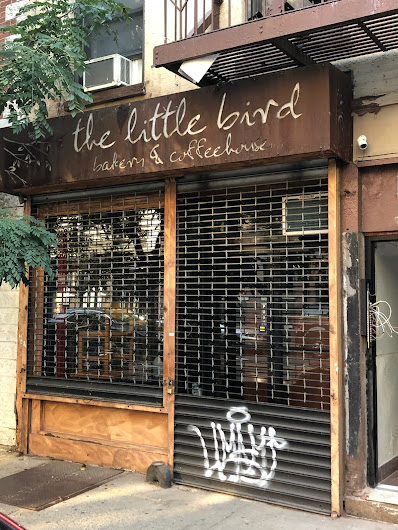 A reader pointed out signage on Avenue B between 11th Street and 12th Street for the Little Bird Bakery and Coffeehouse. This is actually not the new tenant moving into the space, but the name of the business that had the space from June 2010 to January 2011.

Y Cafe eventually moved into the storefront at 182 Avenue B ... closing in March after nearly eight years of service.

Little Bird, a vegan cafe, was a nice spot but it only lasted those six months. Before that there was the short-lived Panache Cafe and Cafe de Nova.

The reader noted activity inside the space in recent weeks. The for-rent sign has also been removed.
Posted by Grieve at 11:30 AM

Email ThisBlogThis!Share to TwitterShare to FacebookShare to Pinterest
Labels: 182 Avenue B, Y Cafe