Coffee and Calexico for 2nd Avenue 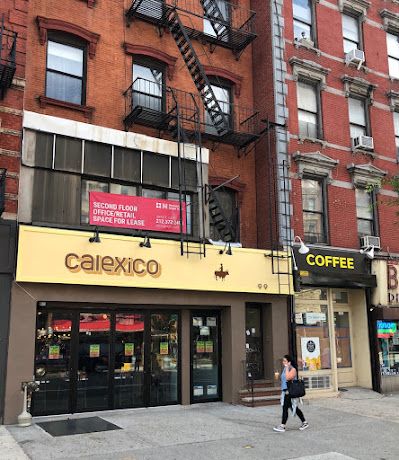 Get ready for a Coffee and Calexico combo on Second Avenue between Fifth Street and Sixth Street. (To be clear, these are separate businesses who are just new neighbors.)

The new outpost for the Calexico chainlet that we've been writing about this past year (here and here) at No. 99 is ready to open. Signs on the front note that the Cal-Mex restaurant is closed for private parties at the moment... 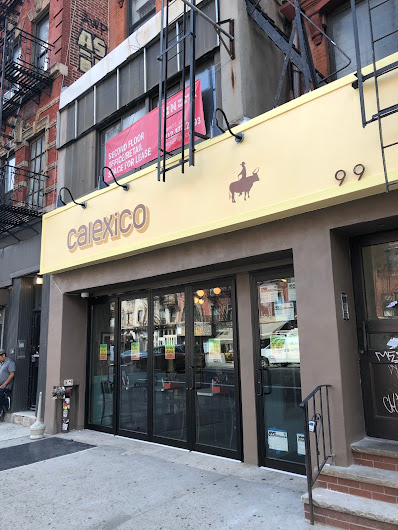 Updated: A reader says that Calexico is now in soft-open mode.

Meanwhile next door, the 787 Coffee shop is coming together... the Coffee signage just arrived (H/T Steven!) ... 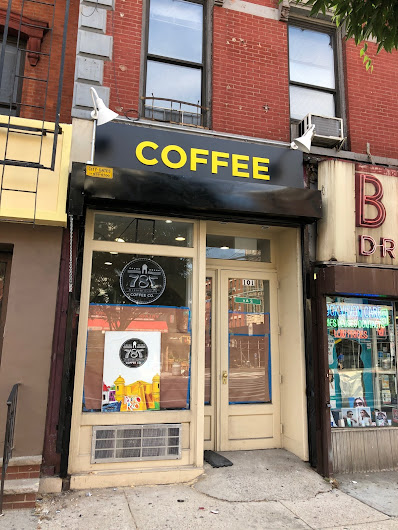 As reported on July 8, this marks the second 787 outpost for the East Village. The shop, which grows and roasts its coffee in Puerto Rico, arrived on Seventh Street near Avenue A last October.
Posted by Grieve at 4:07 AM

787 Coffee is now open also. From the outside, it looks like there are only two tables. I guess they are depending on a lot of 2 go coffee...