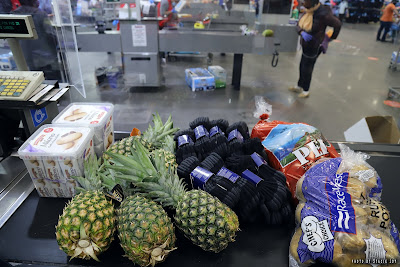 In mid-April, I learned about an East Village family who owns a restaurant, and decided to make meals for people in need around the neighborhood. (You can revisit the post here.)

I was invited back to help and document their efforts during the COVID-19 crisis. At their closed-to-the-public restaurant one recent day, I watched the owners, a married couple, making food boxes for 60 homeless and hungry neighbors.

The meal plan is pan-roasted rosemary chicken, mixed roasted vegetables, fruit salad and a croissant. Pineapple juice, cookies, plastic cutlery, socks and face masks accompany the boxed meal. (Pads and tampons are also available for those who need them.)

This is a team effort: the funds were donated by East Villagers following the publication of the story, the face masks were made and donated by local artist Tine Kindermann, the shopping, prepping and serving of the food by the restauranteur couple. I’m documenting it all, from the shopping at Costco and Jetro, a restaurant supply store, to the cooking and plating. 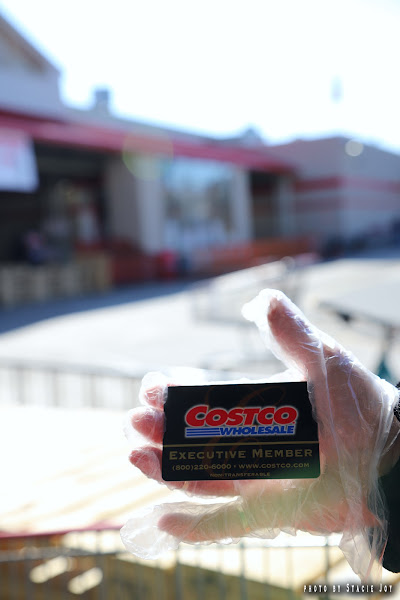 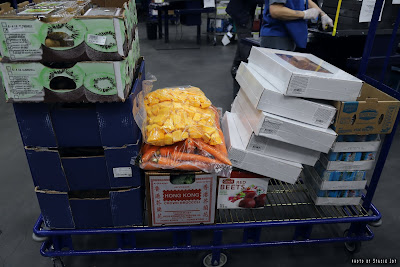 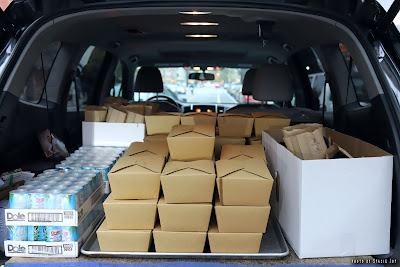 We load up the couple’s car and head out to feed people on the street. There isn't any shortage of people in need of a meal, and I'm touched by their appreciation of the boxed meals.

After we distribute the last meal, the couple talks about their volunteer work and the reaction to it.

The response to the story about your family’s project of making home-cooked meals and care packages to feed our vulnerable homeless neighbors was overwhelming. How did that reaction impact you?

The feeling of community and camaraderie was truly gratifying. The original point of doing this was just to get food in the belly of hungry people. Putting it on a neighborhood news site for public consumption took it a step further. I am grateful that it brought the plight of the homeless in our neighborhood out into the open so we can talk about it.

A lot of East Villagers subsequently wrote in asking if they could donate to your project, and all told, raised about $1,000. How did you decide what to do with the funds?

Honestly, it was a little overwhelming! We figured if people were inspired enough to donate money out of their own pocket, we should just continue with the same idea.

This is the second time you have attempted this project. What changed from your initial distribution? What worked, what didn’t and what changes might you make for the next round?

Last time we made 24 meals, this time we made 60, which, of course, took a lot longer. We need to work on our efficiency and time management for the next project. We will still make home-cooked meals with fresh ingredients; as this is by far what excites those receiving the meals the most.

One change we would like to make, based on the feedback, is to prepare something that can be more easily split/saved. So if they would like to stretch it into two meals it will hold up nicely.

Can you speak a bit about what the experience was like for you both? Not just the prepping and planning, but the actual delivery of the meals and care packages?

Seeing people in dire need of something as basic as food is highly distressing, and their gratitude takes it to a whole other level for my husband and I. It’s a very humbling experience. Once the person you’re approaching realizes that you are not a threat, but are there to help them...that you actually see them, their guard drops. They often smile and their whole mood changes.

We also noticed that passersby acknowledged what we were doing by saying "thank you" and "God bless." Hopefully having fewer people outside has revealed a problem that we all already knew was there, but has been easy to ignore. It’s not as easy to ignore anymore, and maybe that’s a good thing.

Did anything surprise you? What do you want people to know about the experience?

Encountering so many people in good spirits in the midst of such hardship is always a wonder.

But really? The hard truth is that I am constantly surprised — and disheartened — at the human condition around us. People within arm’s reach with no food, no shelter, no health care, no bathrooms, no dignity... it’s disgraceful. The person that affected me the most on this day was a young man, probably around 20 years old. It was raining, and people were mostly off to the side somewhere, trying to stay dry. They would stay in the shadows until they saw that we were handing out food, and then come out.

He, like the others, started to walk over with his hand outstretched. As he approached, he repeatedly asked if we knew where there was a bathroom. He was visibly upset and was saying "They took the Porta-Potties out of the park, nobody will let me use their bathroom, everything is closed, there is no place to go!" To rob someone of the dignity of access to a bathroom is cruel. It’s dehumanizing. It broke my heart that we had no answer for him.

With their permission, I’d like to note our neighbors who donated to this effort. Ralph Westerhoff, Christine Debany, Esther Kim, Claire Malloy, Danielle Piendak, Jaimie Pham, Julie Irwin, Marissa Briggs, Kate Angus, Joanna Kuflik and Rebekah L. A few requested anonymity, but all have our gratitude. 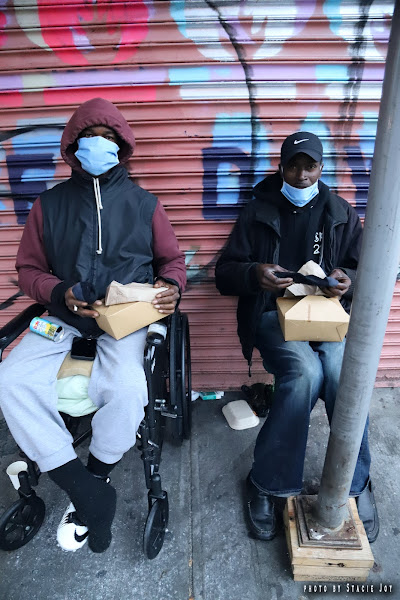 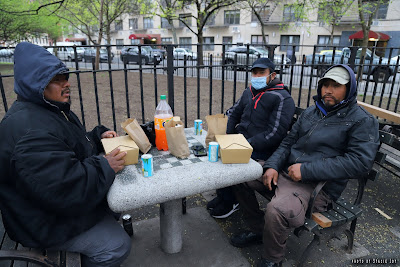 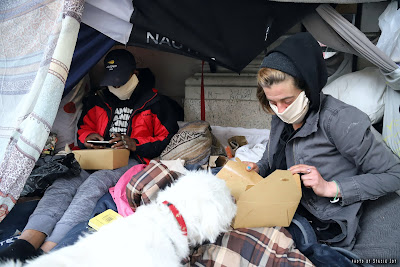 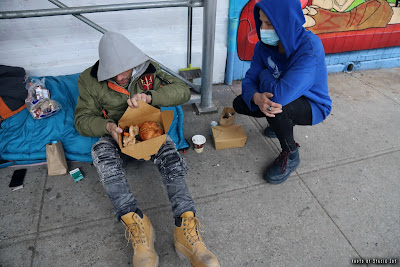 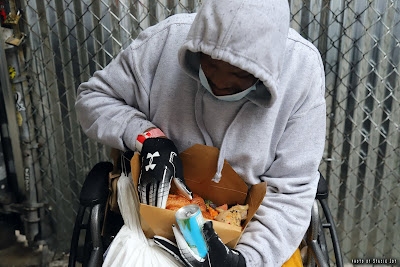 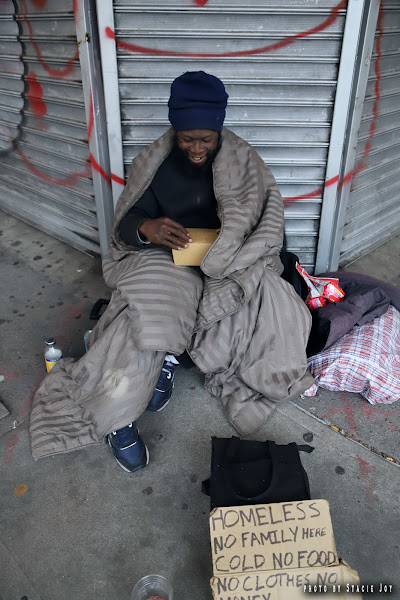 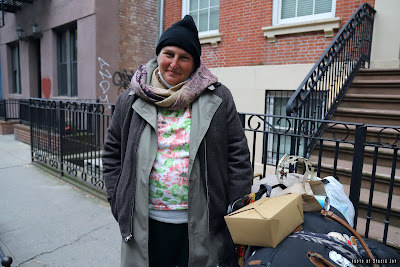 Thank you so much for documenting this. I am so grateful I live in a community with genuinely good people like this. If there is anyway to support this family as they continue to feed the people who live in this neighborhood, please let us know.

What Mr. Rogers said: always look for the helpers. Thank you to our lovely fellow citizens for making the effort, and to those who help us see it.

I've been so depressed lately walking around and seeing people behaving so selfishly - no masks, acting like it's spring break. People not caring about anyone other than themselves. Then there's the failure of our government...I've really been losing hope. Then I read this and am reminded there ARE caring people out there and there IS good in this world, and maybe there is hope for the future. Thank you so much for your selflessness and generosity. There are so many people suffering and in need, it's overwhelming, and to know there are people out there who care is heartening.

I love my neighbors and I am so proud! Where can we help too?

God bless these people, who are working so hard to feed and help others. THIS is "love thy neighbor as thyself" put into action!

It's depressing to know how many people are hungry, in need of a roof over their heads, in need even of access to a bathroom. I don't have any answers to these issues, but there HAS to be a better way for NYC to handle ALL of this, if anyone in NYC administration actually cared.

And all those condo-owning billionaires are as useless as a fish on roller skates when it comes to addressing these issues - they really don't care, nor are they even HERE to SEE what's happening.

In the meantime, it's the marvelous efforts of individuals like this couple make all the difference to so many people!

Would you please put the contact info up again, for those who would like to donate? Thanks.

Hi folks, thank you for the feedback and comments, and to everyone who has reached out with offers to help. To those asking how to donate, please feel free to send me an email at thepixeltrix @ gmail.com and I will facilitate that.

How can we continue to support this effort? Many thanks!

thank you so much for covering this tremendous act of service to our community!!! I've been having such a hard time lately thinking of everyone in our neighborhood without secure homes or access to meals or bathrooms or comfort in this time of horrible uncertainty and fear. emailing Stacie J now to inquire about donating. thank you EVG for all you do, and thank you to this couple.

Grateful for all the wonderful people doing good work and Stacie Joy for sharing such a heart warming story. I love their anonymity !