The damage to the 7-Eleven on 14th Street 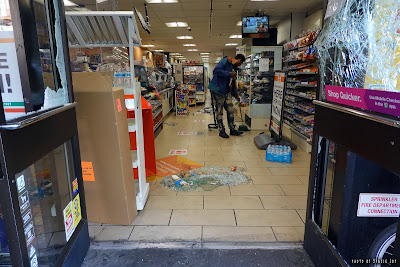 Most of the damage to East Village businesses last night occurred on Second Avenue between Houston and 12th Street. There were a few exceptions — the Mattress Firm at 250 E. Houston St. ... as well as the 7-Eleven on 14th Street between Second Avenue and Third Avenue.

EVG contributor Stacie Joy took these photos this morning, showing that the front doors were smashed by unknown objects... 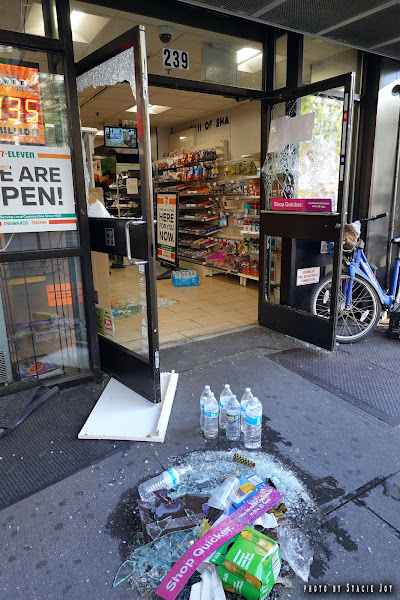 There were other reports of damaged businesses nearby on Broadway and University Place. NBC 4 reported that the North Face and Adidas stores on Broadway were also looted.
Posted by Grieve at 11:15 AM