Drexler's space yielding to Wiggle Room on Avenue A 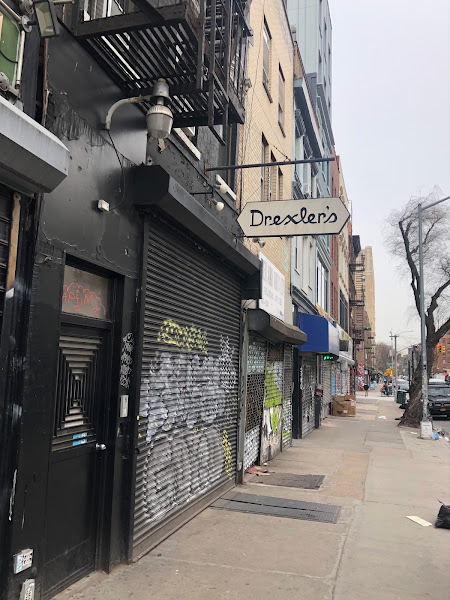 Top photo from March 2022
We've fielded a few queries on the status of Drexler's, the two-level cocktail lounge at 9 Avenue A between Houston and Second Street.
The space has been shuttered since the PAUSE of March 2020.
Workers were spotted gutting the interior earlier this year (pic by Stacie Joy) ... 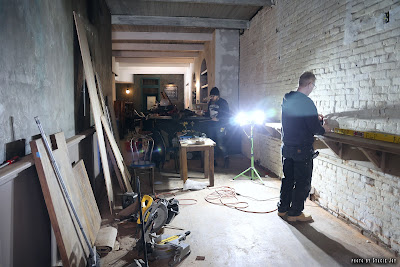 Anyway, we hear that the ownership will be reopening under a new name — Wiggle Room (neon signage above the doorway)... 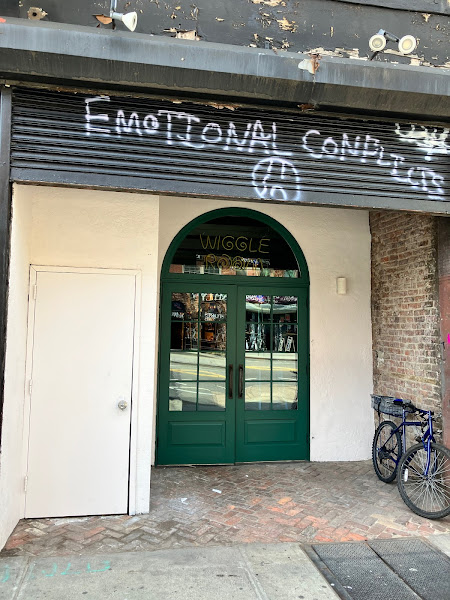 Good to see they are reopening here. Was worried this would become another vacant storefront long term