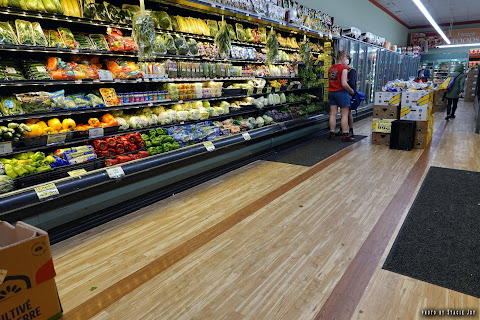 Photos and reporting by Stacie Joy
We're doing our best to keep up with the changes occurring at Key Food on Avenue A and Fourth Street.
Trying.
The latest.
According to Key sources, the new freezers will be in the second week of June. The [rather random] tables, previously found in the produce aisle (above), are out to make room for the new produce section forthcoming.
They are now outside the supermarket by the can recycling center on the Fourth Street side. #Breaking 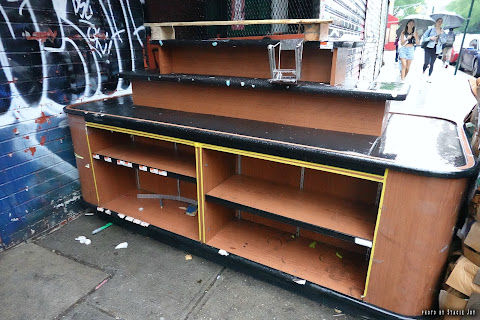 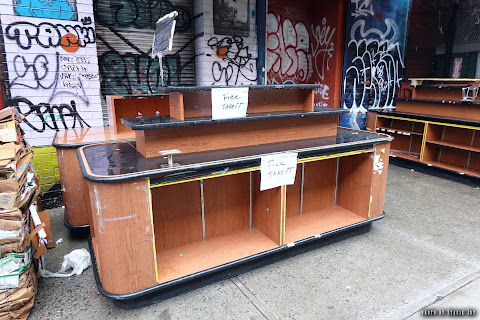 Meanwhile. There will be an expanded fruits and veggie section plus a vegan line!
And where the beer cooler is now will be the ice cream section.
To be continued...
Posted by Grieve at 8:39 PM

Finally can walk around the produce section without having to say “excuse me” every 30 seconds!

Good riddance! Looking forward to a redesigned produce section. The other changes seem random, and who needs to lose their pickles.

That produce aisle is maddening. Honestly they could lose an aisle and use the space to make a double-wide produce aisle with those islands.