Bringing home the bacon from Key Food? Here's where to find it now; milk too 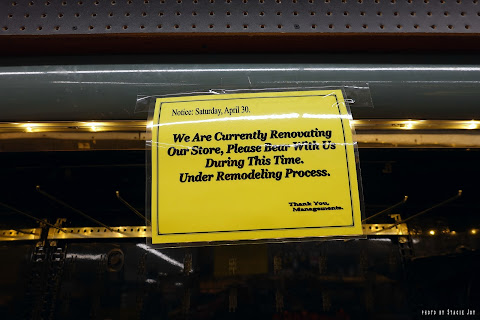 Photos and reporting by Stacie Joy
Major changes continue on the shelves of Key Food on Avenue A at Fourth Street. (As first noted here. And here. And sorta here.)
Reports are coming in far and wide — from aisles 1 to 6 — and, quite frankly, this reporter is having difficulties keeping up with the speed of change in shelving moves this past week.
Let's start with a big one.
Bacon?
Shunted to the very back of the store, hidden, facing the end bank of freezers where the frozen fish used to be. (Now empty.) Frozen veggie freezers are also now empty.
Observation: "Our bacon section was relocated" — as if it had no choice. 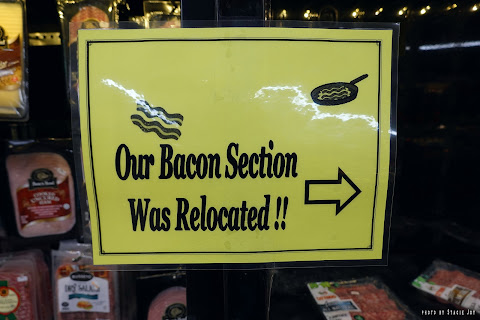 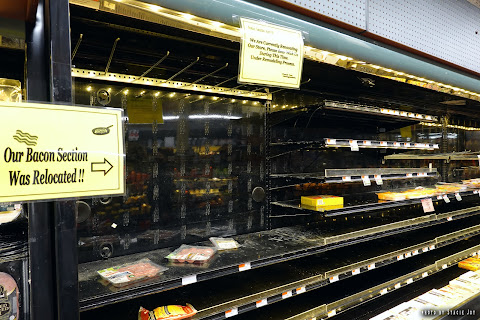 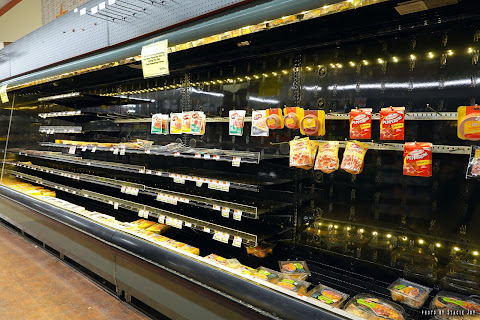 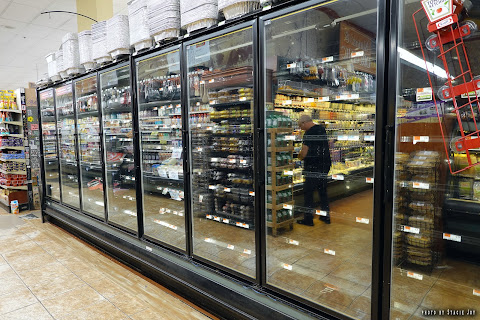 The wholesale changes don't end with the bacon.
Juices missing?
Nope, they are now where the milk used to be. 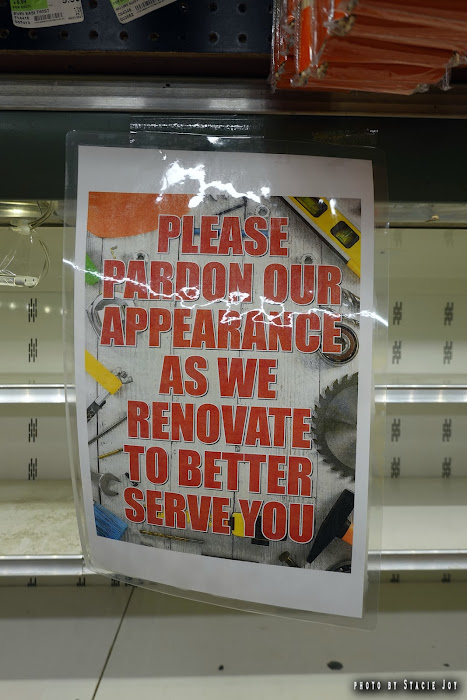 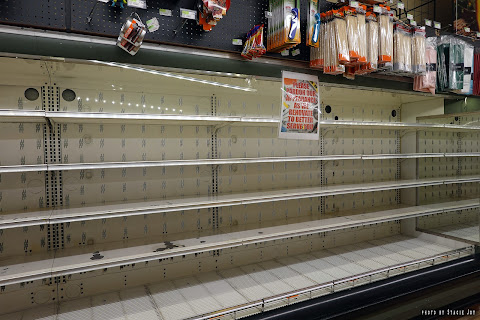 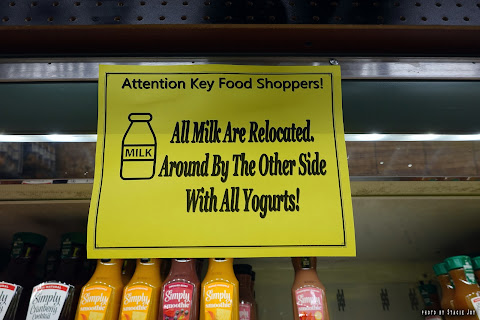 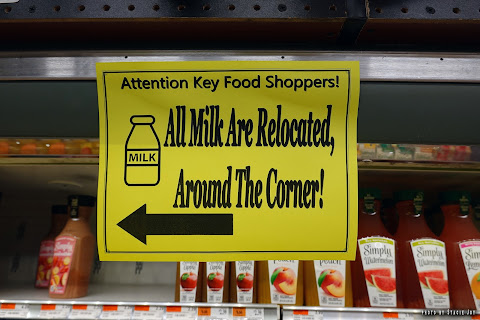 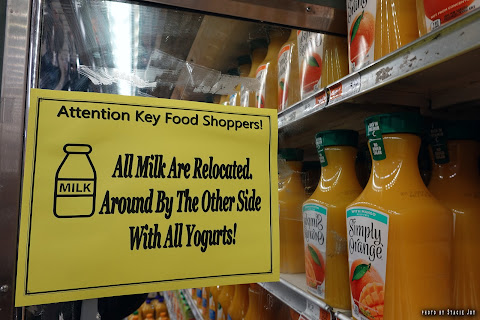 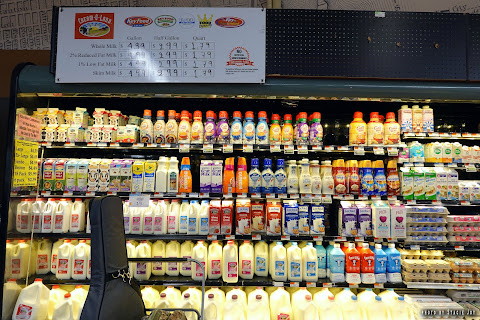 Definitely part of the Illuminati Conspiracy to wean us hard-working NORMAL citizens away from the food we were meant to eat to now eat Lab-created Mind-controlling 'Meats' and 'Milk' products ALL controlled of course by Bill Gates and the other members of this evil-minded cult. where is the Justice League when you need them?

This is shocking and will take some time to get used to.

Key Food should work on improving their Customer Service!

I feel like I’m on a scavenger hunt every time I go grocery shopping there.

I heart EV Grieve. You know me. x

If anyone knows where they moved the Angostura Bitters, please let me know.

If it were just pork & dairy it could be some kind of religious upheaval. This kind of upending usually starts when someone's son graduates from business school and management is convinced that based upon tuition, he must know more about wasteing people's time and frustrating them into spending more, when they have less to sell.