Photos and reporting by Stacie Joy
We've enjoyed watching Hello Mary continue to grow as a band... from the almost shows in Tompkins Square Park to playing smaller venues like Bowery Electric, Nublu and Mercury Lounge (opening for Pretty Sick).
This past Thursday night, the local band opened for Sunflower Bean at Webster Hall, their biggest stage yet. (Hello Mary is playing with Sunflower Bean on a variety of East Coast dates.)
EVG contributor Stacie Joy was with the band — guitarist Helena Straight, bassist Mikaela Oppenheimer and drummer Stella Wave — at Webster Hall... 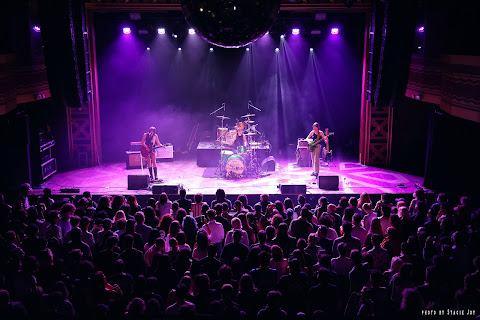 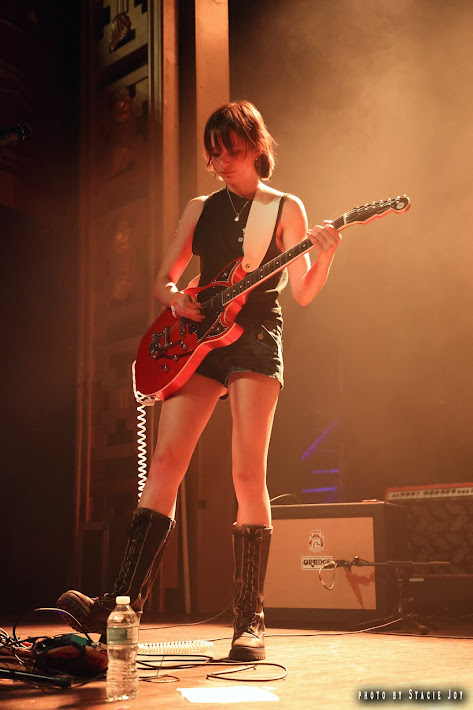 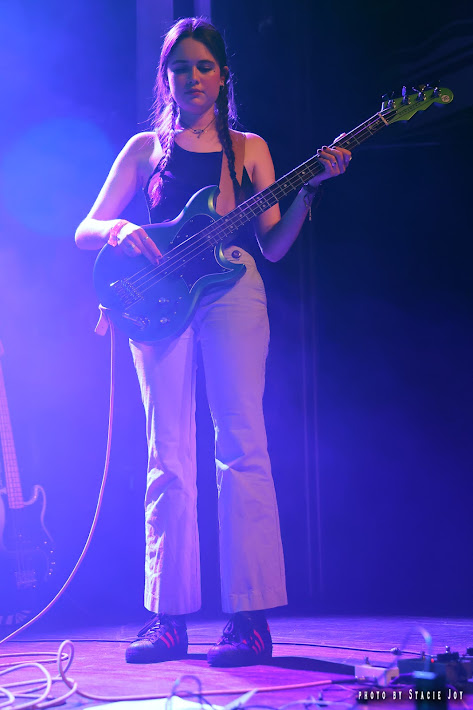 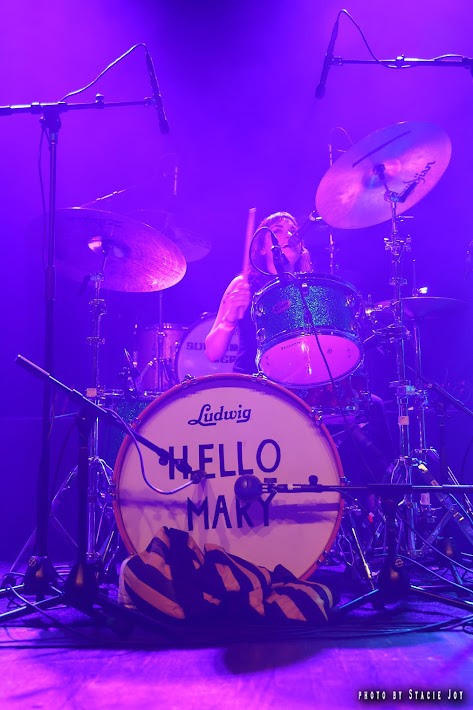 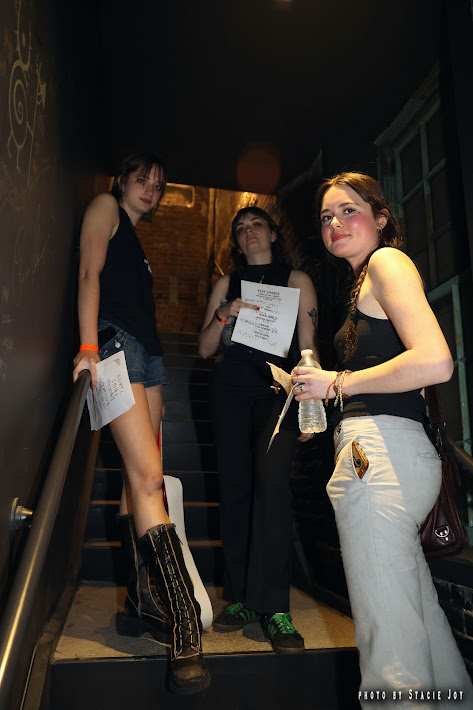 After the show, the band members shared their thoughts on playing Webster Hall...
Mikaela: "This is the largest stage we’ve ever performed for sure, not just in NYC. I think that’s the main thing that made it different from other performances. There was also really good sound and people helping us out a lot, which is a big shift from where we started in the DIY scene [lol]."
Helena: "We've never played a show like the Webster Hall show. I’d say it was important because it helped us recognize just how much we’ve grown in only three years. It felt so surreal and exciting that I basically blacked out during the entire performance, which is always a good thing in my book."
Stella: "The show went super well; that’s easily the biggest crowd we’ve played to, which was really exciting. It feels exhilarating to perform in front of that many people, and it makes me excited for what’s next to come." 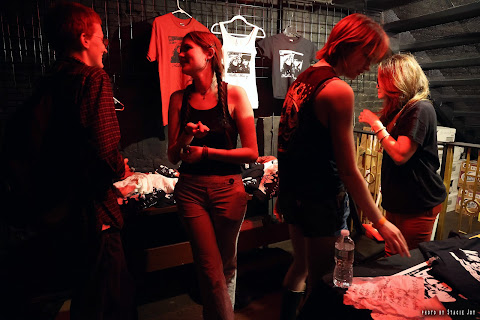 You can keep tabs on Hello Mary via Instagram.
Previously on EV Grieve:
• An afternoon out with Hello Mary
Posted by Grieve at 12:00 PM