'Justice' league: A street co-naming on 6th and Avenue B 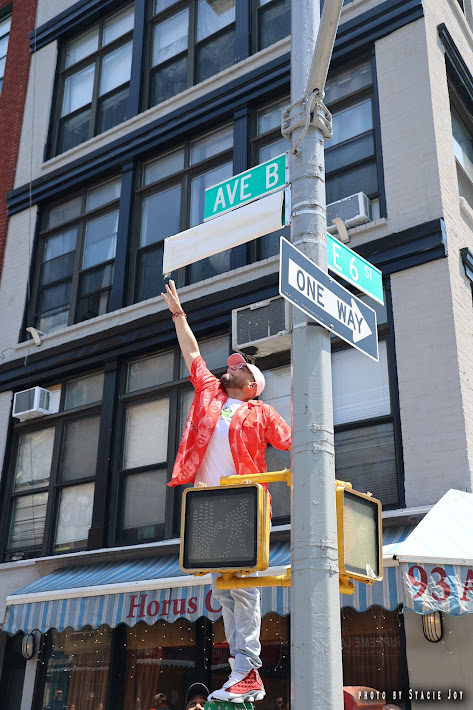 Photos by Stacie Joy
On Saturday, community members and local elected officials celebrated the co-naming of Avenue B and Sixth Street "Avenues for Justice Way."
Avenues for Justice, founded here in the late 1970s, helps provide an alternative to jail for young adults, offering services such as job training, education and mentoring.
Some history:

Robert Siegal, a New York University law student, opened his Lower East Side apartment to local teens to use as a safe haven where he could help them with schoolwork and provide them meal tickets to the NYU cafeteria. After going to court and convincing a judge to keep one teenager out of jail, Siegal realized there was a more important service he could provide.
In 1977, Siegal launched a court advocacy program to keep young people out of jail, collaborating with Angel Rodriguez, a longtime Lower East Side resident and youth worker at the local Boys Club. They named the program for Andrew Glover, a New York City police officer. PO Glover patrolled the Lower East Side and had steered young neighborhood residents away from crime by providing after-school activities until he was fatally shot in the line of duty in 1975.

The Andrew Glover Youth Program is at 100 Avenue B between Sixth Street and Seventh Street. 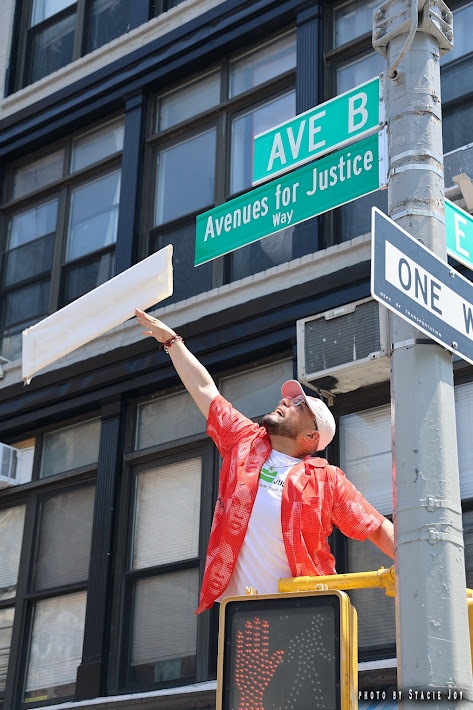 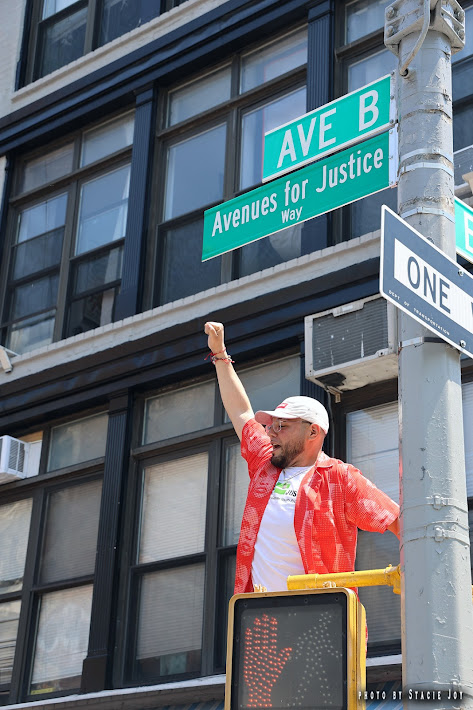 A little earlier, Angel Rodriguez christened a replica of the street blade... 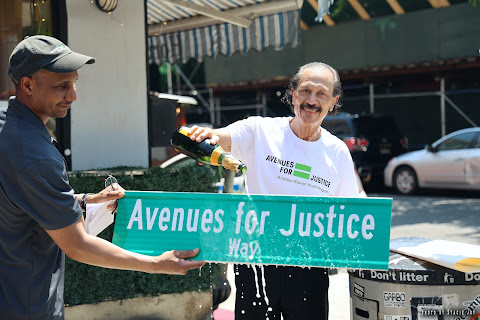 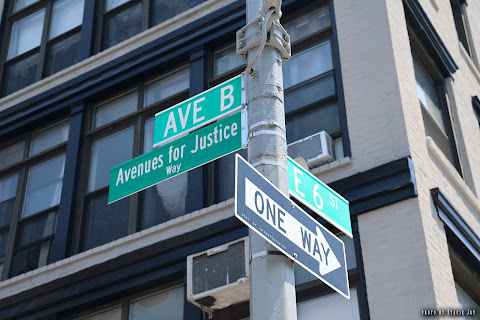 In the early 1980s, Avenues for Justice opened its headquarters in the Manhattan Criminal Court ... and in 1999, AFJ established a second community center in Harlem.
You can read more about AFJ here.
Posted by Grieve at 5:20 AM

I guess this is a nice gesture. Not sure what this is accomplishing exactly. I've seen similar signs and most people have no clue or care as to their origin meaning etc.

It’s commemorating/honoring/preserving history. Just like any monument or plaque. I think it’s a great way to honor those who made an impact on a community and a visible way to preserve the history of a location. I for one often want to know the meaning when I see one of these.

Really appreciate their work and this commemoration of that work. Thank you Mr. EVG.

My friend Josh was forced into a buyout of his apartment in the building pictured here; he's still homeless.

I once saw a scrap of land in Queens with a plaque dedicated to someone I'd never heard of, so I looked him up and learned all about a great person who fought for his country and then built a neighborhood and was loved by all his neighbors. I never would have known about him if it weren't for that sign.