With photos and reporting by Stacie Joy
As we've been noting, an interior transformation is underway at Key Food on Avenue A and Fourth Street.
Boxed non-dairy milk has moved. Applesauce has moved. Cookies have moved. More varieties of canned pineapple have seemingly been introduced. A Key source with knowledge of the aisle transitions said that they are trying to change the groupings, so, for example, all the cooking oils are now in the same spot — organic, regular, all price points — so that the customer can choose what they like best.
So far, nothing seems to be off the table in this Great Aisle Overhaul.
The latest.
As EVG contributor Stacie Joy reports, the sushi and dumplings and the cakes ("for all occasions") have swapped places near the entrance and deli ... (the cake sign was subsequently removed from the sushi and unrelated deli items)... 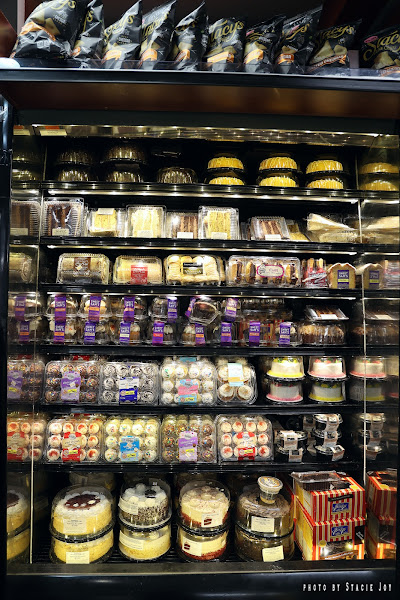 One question you might have: Key Food sells sushi? (Up there with: there's a mini pool in Tompkins Square Park? Yes!)
Yes! (Ah!) The sushi is not made on the premises, which is either a good or bad thing. I've seen it delivered via cooler. The sushi looks solid enough. And I'll try it one of these days and post about it. (Has anyone tried it to save me a post? Also, I once ordered bagels from a gas station.)
Anyway! In other moves, bulk items have been combo-ed on aisle six, where you can find the bulk paper towels (RIP aisle 1) and bulk water (RIP aisle 3)... 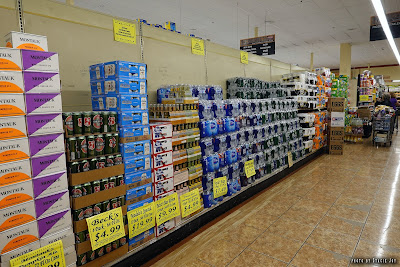 The bulky items take over the space from the bread... 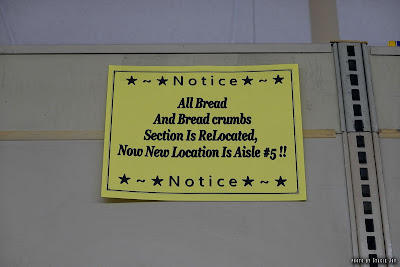 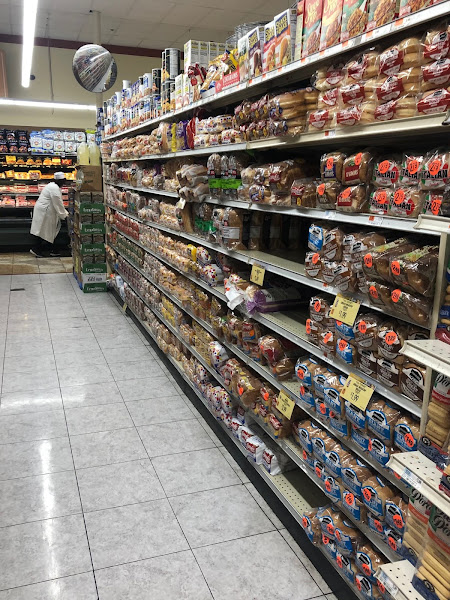 However, don't get used to the bulk items on 6. This is a placeholder until the new freezers arrive. Per the last report, aisle 1 will eventually be freezer-free and devoted to a larger-longer produce section.
More changes are on the way. Lord knows where the ice cream will eventually end up, for instance. In the end, Key also plans to introduce wider aisles (not sure how that will work) and less clutter for ease of access.
A Key source says the aisle make-over will be complete by Thanksgiving, and it won't impact the grocery's 24/7 schedule.
So far, there hasn't — thankfully! — been any change to your Key Food shopping soundtrack, which leans into the 1980s (and isn't afraid to go deep on Mike + the Mechanics). Now, step out on aisle 4 with Joe Jackson...
Posted by Grieve at 9:00 AM

LOL. I tried the sushi last week and it wasn't bad. Would buy again.

Kind of annoyed that I still have to go to 2 different aisles to look at hot sauce.

Why change everything i would go and be in and out quick cause i knew where everything was geez!

I am curious about who has room for these bulk products. I have trouble fitting a four pack of TP into my tiny space.

KeyFood is such a mediocre chain of supermarkets. I mean I don't want live in a world of Whole Foods & Trader Joe's either, but gosh darnit...Key Food you suck!

So now when you have to run out for thst last minute cake for that special occasion, you have to travel all the way to the far end of the store? What a drag!

@11:21 people complained about Associated in stuytown, now they are gone so many people miss them. Depending where you live you have to deal with whole foods or TJ’s or head further east and risk your life. So don’t knock Keyfood. The ladies who work there are always pleasant and work hard.

peeps will complain about anything! i love this post, it's pod worthy.

Let's hope the sushi is FRESH!

I’ve been shopping at Key Food for almost 50 years and never knew the aisles were numbered!
The new aisle configuration makes shopping a little slower and I feel like I’m on a scavenger hunt but I’ve heard it’s good to challenge your brain and grow new neural pathways. I’ll be glad to have the produce aisle decluttered-if there’s gonna be a traffic jam or unpleasant interaction or fistfight, that’s the likely location. Now if they’d only do something about the slow and disorderly check out...

No! The cakes are about 3 feet away from their previous location! Just to the right of the deli now!

Who in his right mind eats a CAKE from Key Food? EVERY (expensive but worth it!) cake I have had at Whole Foods is terrific.

I love KeyFoods; it's the peoples' supermarket.

Thanks EV I was panicking 😭

You made my day!!!!
Ps: always love your Key Food pictures. It inspired me enough to draw it.
I proudly announce that Key Food is the February month of my 2022 EV calendar!!!!🎂❤

No question: Key foods is low quality. The produce and fruit continues to be generally terrible. The deli/prepared foods are at very best mediocre and at worst old and bland. Everything else is standard pre-packaged but with not-so-great prices.

I don't think I'll ever adjust to these sweeping changes…alas.

I’M NOT HAPPY ABOUT THIS! I DON’T LIKE IT! Leave the dumplings and bread where they were!! Ughhh!!!!

I’d disagree on that! Their dumplings are fire and cheaper than Westside Market, Union Market or any other major stores in the area! But that’s good don’t buy their prepared food I need to find me some available every time.

Wonderful post. You should win a Webby for this one.