A mural representing the Ukrainian spirit at the Standard East Village 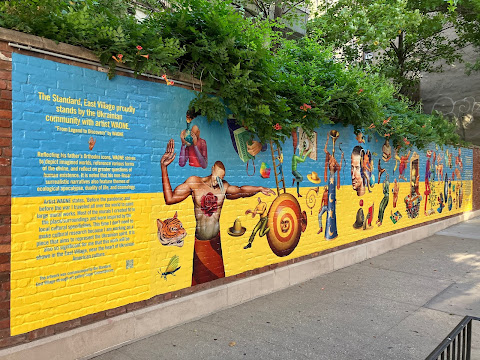 Last evening, the Standard East Village officially unveiled a new mural in support of Ukraine outside the hotel's Fifth Street side.
Kyiv-based artist Waone Interesni Kazki created the work. Titled "From Legend to Discovery," the mural "represents the resilience, life and spirit of the Ukrainian community." 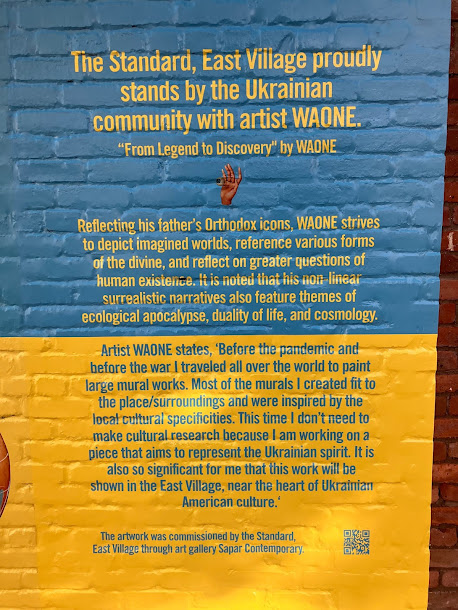 The hotel on Cooper Square held an opening party for the unveiling, with proceeds said to be going to the Ukrainian Museum nearby on Sixth Street and Palianytsia, a Ukrainian charity initiative based in Lviv, Ukraine, that helps refugees and war victims. 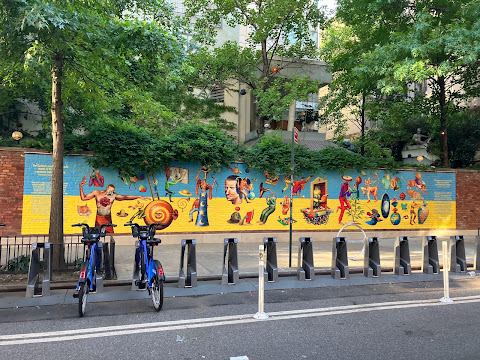 I make this the Rolls Royce of EV murals. Agree? Disagree?

Excellent! Beautiful. There's a wall waiting on the SW corner of 6th and 2nd Avenue that has crummy graffiti. Could be beautified by the right artist.