Rock on: The memorial plaque is back outside the former Fillmore East on 2nd Avenue 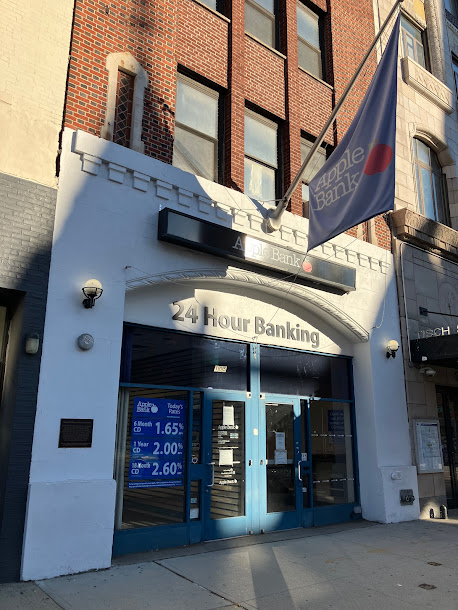 The commemorative plaque is back in place outside the former home of the Fillmore East at 105 Second Ave. near Sixth Street ... 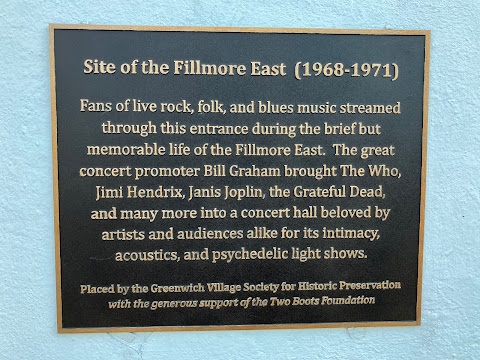 In the late winter, the plaque was sent out for repairs.
The Greenwich Village Society for Historic Preservation (now Village Preservation) along with Two Boots placed the memorial here in the fall of 2014 to honor the venue that helped launch some of the biggest names in music from 1968 to 1971.
The sibling to Bill Graham's Fillmore West in San Francisco brought performers such as Led Zeppelin, the Doors, B.B. King, Roberta Flack, the Byrds, the Grateful Dead, Taj Mahal, Jefferson Airplane, Pink Floyd, Jimi Hendrix, Joan Baez and the Who to the East Village starting in March 1968.
No. 105 opened in 1926 as a Yiddish theater, soon becoming the Loew's Commodore movie house, followed by the Village Theater. In the 1980s, it was the nightclub The Saint, becoming Emigrant Bank in 1995 and then Apple Bank in 2013.
You can read about the history of the building and the 2,700-seat venue right here. And find a listing of every band who played the Fillmore East here. 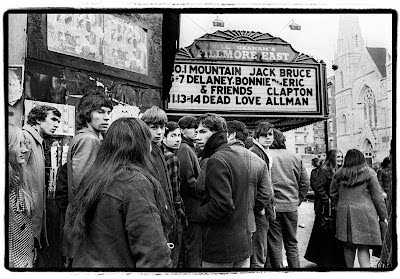 Archival photo courtesy of Amalie R. Rothschild
Posted by Grieve at 5:05 AM

The bank occupies the narrow entranceway of what was The Fillmore East. The theater itself, on 6th Street, was torn down for market rate housing.

and then it was the legendary club The Saint

I was so high one night in the Filmore I had to crawl my way out through the exit.