Elk in the City 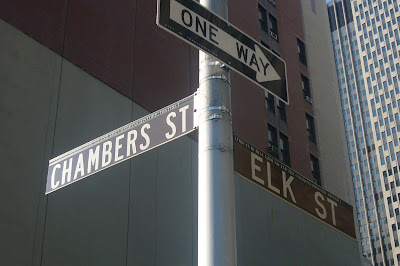 OK, I have to admit I had no idea that there was an Elk Street in Manhattan. Stumbled upon it yesterday. Not much of a street. It starts at Chambers and quickly ends here: 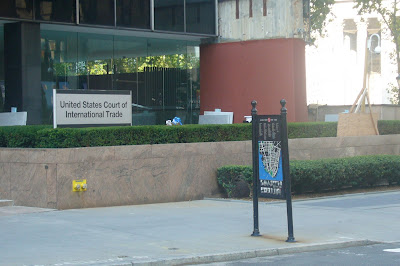 But there's interesting history to it. According to Archaeology magazine, Elk Street's history goes back to 1867, when "a group of New York actors formed a drinking club called the Jolly Corks and held their first meeting at a boarding house on this street, which was then known as Elm Street. By the early twentieth century, the club evolved into a fraternal and philanthropic society, renamed the Benevolent and Protective Order of Elks, now with hundreds of chapters across the United States. The street's name was changed to honor the first Elk lodge in 1939." 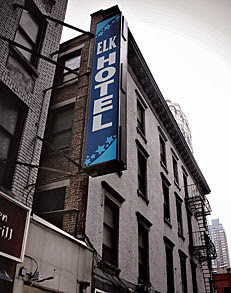 [Image via Time Out New York]

Seeing this street name reminded me of a nearly extinct part of the city -- the Elk Hotel, which is, well. Here's how Steven Kurutz described it in a June 13, 2004, article in the Times:

A shabby little building at Ninth Avenue and 42nd Street, just down from the Port Authority Bus Terminal, the Elk is the kind of hotel whose reputation precedes it. It offers rooms by the hour to couples who aren't very well acquainted, and doesn't change the sheets a whole lot. Put simply, the Elk is a flophouse.

There's more, and it's a thing of beauty:

There are 50 guestrooms at the Elk, and they are remarkable less for what they contain than for what they do not. There's usually no TV, no phone and, beyond a nightstand and a bed, no furniture. There's also no air-conditioning, making the summers brutal. The bathrooms, two per floor, are communal, which tends to scare off most American tourists.
Once, Times Square boasted a dozen hotels like the Elk. There was the Evans on West 38th Street and the Woodstock on 43rd, once a favorite of winos and methadone addicts. But in the neighborhood's revitalization, the flophouses were mostly remodeled or demolished.
The Elk's miraculous -- some would say unfortunate -- survival stems from a real estate fluke (the building's owner doesn't want to sell) and from the tenacity of its proprietor, who would identify himself only as Dinesh. Sitting on a stool in the hotel's small glassed-in office, he emitted the weary impatience of a man who for the past 17 years has daily beaten back the devil from his door. It took great effort, he said, to rid the hotel of its drug dealer residents, and he continually defends the place against their return, denying a room to anybody he finds suspect. 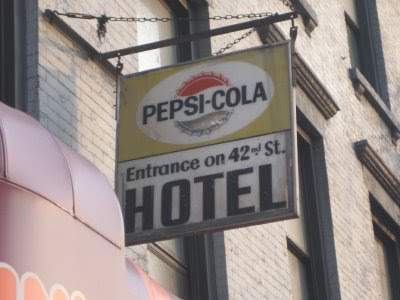 I haven't been in that neighborhood for a few months. So I thought I'd give the hotel a call. Just to make sure they were still open. I never thought about what I was going to say when/if someone answered the phone. Anyway, this is exactly how the conversation went:

Me: Are you open?

Me: Do you rent rooms by the month?

Elk: No. You can only stay here for three or four days at a time, then we'll ask you to check out.

Meanwhile, not everyone shares my enthusiasm for the Elk. 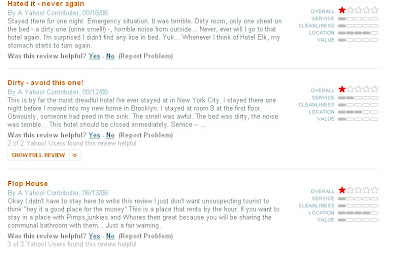 For further reading:
Old 42nd Street Ain't Gone Yet (Lost City)
Posted by Grieve at 7:11 AM

great post. i've often wondered about that hotel. now you're making me want to check in.

Yeah, I'm just glad that the Elk isn't on the Bowery... or it would be extinct!

I, too, better check-in before it gets torn down and another luxe-hotel/condo takes its place, especially now that you've posted this. Did you not know that Curbed reads your blog?