Fun figures of the day! 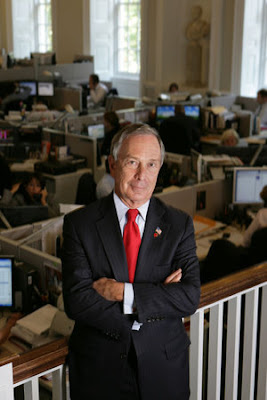 From the Times today:

After more than two decades, Mayor Michael R. Bloomberg and one of his earliest business partners, Merrill Lynch, are parting company in a deal that places a public value on the mayor’s private company, Bloomberg L.P.

Gothamist reported yesterday that Mayor Bloomberg had an approval rating of 71 percent. To which Gothamist commenter Bingosbackup responded, "I think that's supposed to be 7.1 %."
Posted by Grieve at 7:44 AM

Email ThisBlogThis!Share to TwitterShare to FacebookShare to Pinterest
Labels: Bloomberg, net worth