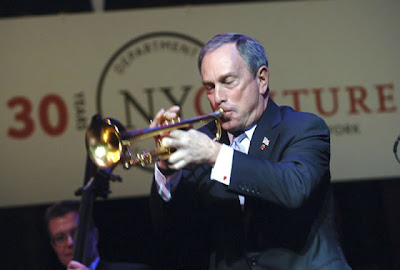 According to Forbes:
New York City's got fashionable Fifth Avenue, trendy Tribeca and an oasis in Central Park. To enjoy those perks, residents pay up.
The Big Apple topped a new list of America's most expensive cities, with a measured cost of living surpassing that of Houston, Boston and Washington, D.C. The culprit? High rent: $4,500 a month on average for a two-bedroom, unfurnished luxury apartment.
Los Angeles comes in second place. Its residents can partly blame a long, expensive commute. The average driver there spends 72 hours a year stuck in traffic delays, and, as of July 21, the cost of a gallon of regular gas was $4.46.
To determine the U.S. cities where the cost of living is highest, the London office of Mercer, an American human resources consulting company, measured the prices of the same basket of goods in 253 of the world's cities. The basket is composed of over 200 products, representative of executive spending patterns and including everything from rent for a luxury apartment to the cost of a fast-food hamburger.
Location has a lot to do with why New York and Los Angeles top the list.
In New York, the need for more homes has been increasing since the mid-1970s, says Edward Glaeser, an economist at Harvard University.
"Before 1970," he says, "workers in some sense were paid a premium to live in New York." This, says Glaeser, was due to its reputation for crime and dirtiness. "Now, people pay a premium to live there."
The change happened when the city began to experience robust economic growth that's still occurring, despite some hiccups along the way. Even though business is increasingly global, New York is a center for industries that produce ideas, like finance and publishing, notes Glaeser.
"You don't see anyone relocating to South Dakota," he says. "The idea now is that you become smart by hanging around other smart people, which New York has in abundance. That's why it's been able to thrive."

Email ThisBlogThis!Share to TwitterShare to FacebookShare to Pinterest
Labels: everything is expensive, Forbes, New York City

"The idea now is that you become smart by hanging around other smart people, which New York has in abundance. That's why it's been able to thrive."

Cool. I get to be as smart as the Carrie Bradshaw wannabes, Aubrey O' Day, or the Team Brides in NYC. And this is why people are paying a premium to live here.