A reminder of artists who lived and worked in the LES 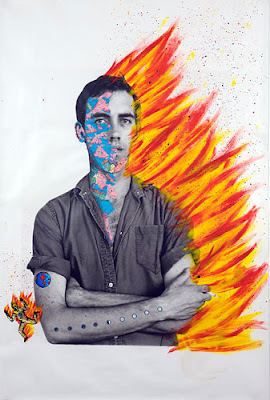 The Times had a review yesterday of two exhibits that I want to see.

An excerpt of the review by Holland Cotter:

With the Lower East Side fast losing connections to its history as an alternative neighborhood for art and politics, two summer group shows remind us of artists who lived and worked there, and have, through example, passed its spirit on.

“History Keeps Me Awake at Night: A Genealogy of Wojnarowicz” at P.P.O.W. — a gallery that opened on East 10th Street in 1983 — focuses on David Wojnarowicz, the radical-minded artist, writer and East Village denizen who died of AIDS in 1992. Although the show has five pieces by him, its purpose is to map his continuing presence, and the work of younger artists assembled by the curators Photi Giovanis and Jamie Sterns, conveys varying degrees of influence and homage.

Possibly the most striking difference between Wojnarowicz’s Lower East Side and our own was the inescapable presence of AIDS in the 1980s and 1990s. “Side x Side” at La MaMa La Galleria includes work by three Wojnarowicz contemporaries who died of the disease — Scott Burton (1939-1989), Nicolas Moufarrege (1947-1985) and Martin Wong (1946-1999) — and by two other artists, Kate Huh and Carrie Yamaoka, whose work registered its impact.
Posted by Grieve at 7:10 AM