"Sitting through 'Rent' is more painful than a scrotal nick" 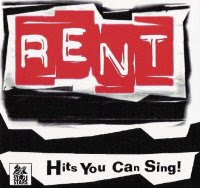 Jeffrey Goldberg at The Atlantic had a short post on Campbell Robertson's "Rent" essay from the Sunday Times that we had discussed. That piece began:

I WAS late to "Rent." Late to the show, and late to the city it portrays. When I arrived in New York, in the fall of 1998, bistros and boutiques had already infiltrated the East Village, gentrification was spreading into the Lower East Side, and northwest Brooklyn had largely fallen to the forces of the bourgeoisie.

According to Goldberg, Robertson broke an age-old journalism tenet. I learned a long time ago Peter Kann's rule concerning the first-person pronoun: "No reporter may start a story with the word 'I' unless he's been shot in the groin.

On the other hand, sitting through "Rent" is more painful than a scrotal nick. Robertson is newly assigned to the Baghdad bureau of the Times, which has its hardships, but I'd take Baghdad over "Rent" most days of the week.

[Via Romenesko]
Previously on EV Grieve:
The East Village: "Where you can come live on dreams and tofu"
Posted by Grieve at 8:54 PM

Email ThisBlogThis!Share to TwitterShare to FacebookShare to Pinterest
Labels: Rent, the rules of journalism

Didn't NYTimes just laid of some staff? Why wasn't Campbell Robertson one of them? Who is he sleeping with?

While not a fan of musicals in general, sometimes I go to one thinking that this is the one that will change my mind. How could all the hype be wrong? Rent was the one that confirmed that I should stop hoping. It was not only horrible, it was actively painful to watch.

I've never seen it, Jill, but I once threatened to, uh, rent the movie version. I was actually curious how they made 7B look like Life Cafe.