The new world order, at least on the LES 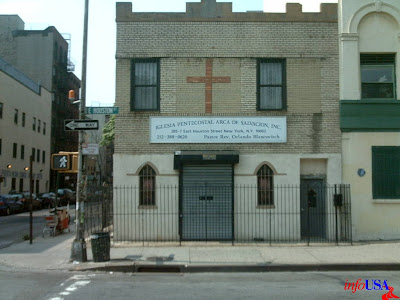 Do you remember the Iglesia Pentecostal Arca De Salvacion (above) at the corner of Houston and Suffolk? Well, here's all that's left of it. 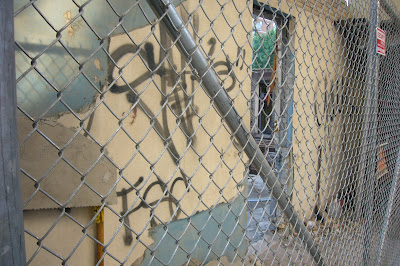 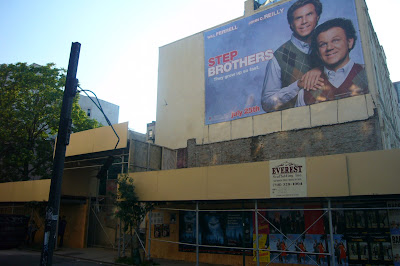 Wow, that seemed quick. (I'm told the church moved to a new location.) I haven't heard yet what's going in here. I'm sure something useful and new and different. As I mentioned Sunday, Vasmay Lounge has moved from the other side of Houston and Suffolk to Essex Street. More change is expected on the relatively quiet Suffolk Street. One resident told me they are waiting to be bought out by their landlord, who plans on selling the old tenement building. And what became of those Starbucks-to-Suffolk-and-Stanton rumors? (Based on what I read and what people told me, Starbucks was opening on every street corner in the LES. And is Starbucks even expanding these days?)

I thought about this as I crossed Houston onto Avenue B, where the name of this newish store on Avenue B between Houston and 2nd Street really hit me. 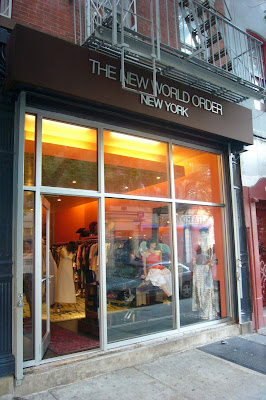