Survey: Yuppies in New York City not quite as upwardly mobile as in the past 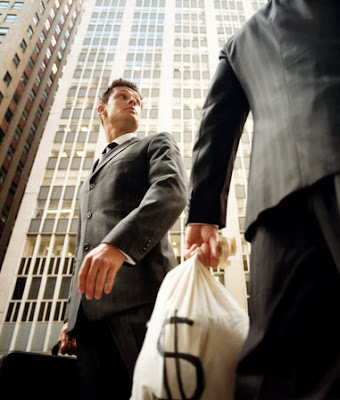 Gawker has this item from UPI:


New York's hurting financial sector is causing it to slip as a destination for "yuppies," Forbes Magazine found in a survey of young professionals. Turmoil on Wall Street, with thousands of jobs being lost in the wake of the housing crisis, was blamed for New York's drop from first to fourth in the Forbes survey of upward mobility.

"Right now anything would be easier than New York," Richie Rivera, 30, a health insurance administrator from Brooklyn, told The New York Daily News. "A lot of people are losing jobs and trying to find work."

San Francisco leap-frogged over New York into the yuppie top spot thanks to a more diversified economy, followed by Boston with its booming technology sector. Also beating out New York was Houston, where record prices for oil are creating new jobs and more upward mobility in Texas...

Yeah, but I bet we have more wine bars than Houston!

Maybe NYC can breathe again soon...
Posted by Grieve at 8:56 AM

Email ThisBlogThis!Share to TwitterShare to FacebookShare to Pinterest
Labels: We're No. 4, yuppies

The reality is that not only NYC has many yuppies, we also have a lot of yuppie wannabes and yuppie posers: they, dress, talk, frequent the bars/restaurants that yuppie do, but a the same time they are either probably still living with their parents or not making the money as yuppies do. Nonetheless, NYC does not know the difference between the real yuppies and the posers, thus the opening of all these chic boutiques and wine bars, without any regards to those who are otherwise. People in Houston, and San Francisco, however, are real, regardless of their class status. I guess, my point is that NYC is a haven for shallow, materialistic, and pretentious people. So, yeah, suffer (if not die) you yuppie and yuppie wannabe scums.

I loved the 4th of July weekend. The city was full of all the folks I love here and very few idiot wannabbes or conspicuously spending consumerismos throwing their purported financial might around. So much more relaxing to be at home with the oddballs, flakes and regular folks who make this place so damn great.