At old Yankee Stadium before Game 1 of the World Series

The Phillies beat the Rays 3-2 in Game 1 of the World Series last night in St. Petersburg, Fla. Meanwhile, for this occasion, I ventured up to the Bronx to visit old Yankee Stadium before the game. In no particular order, it was rather cold, lonely and depressing outside Yankee Stadium. Pretty much what I expected. (Except for the cold. Check the weather forecast next time.) Few people were around. Except for the Yankee office entrance and the gift shop, the old stadium was shut tight. I couldn't help but imagine the mob scene right about now had the Yankees not been so underwhelming* this past season...and actually were hosting Game 1 of the Series.

[* open to other suggestions to describe the 2008 season.]

On River Avenue, which runs across from the Stadium, the gift shops and bars were closed for the season. Ball Park Lanes was open -- several teens milled about on the inside. Here's a bit of what Yankee Stadium and vicinity looked like... 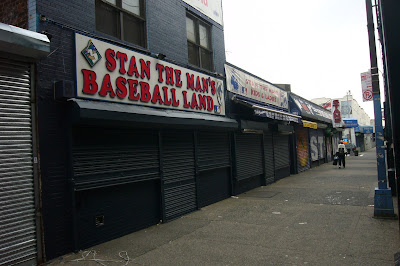 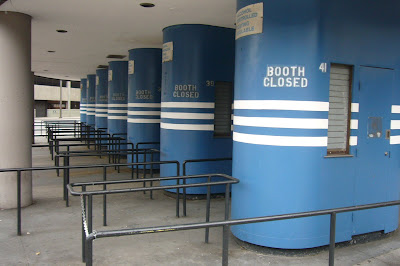 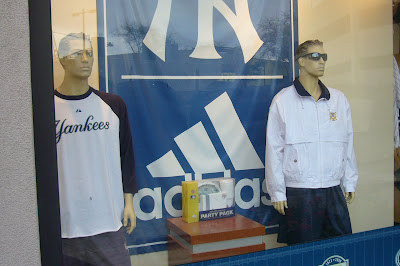 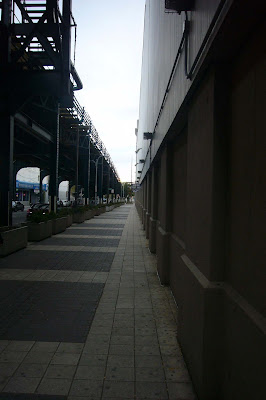 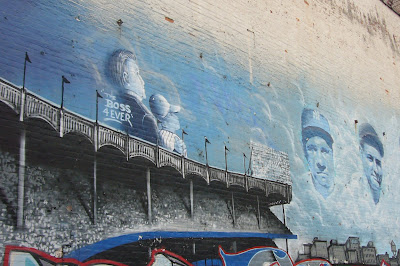 Portions of the walls outside the stadium are filled with messages from fans. 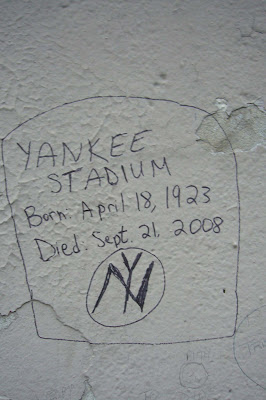 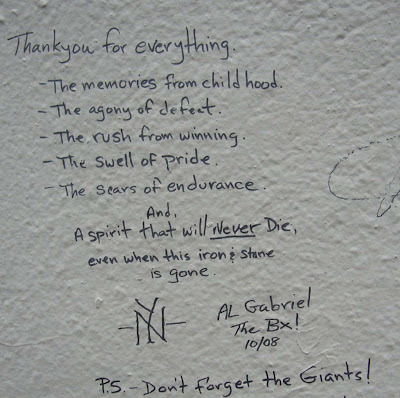 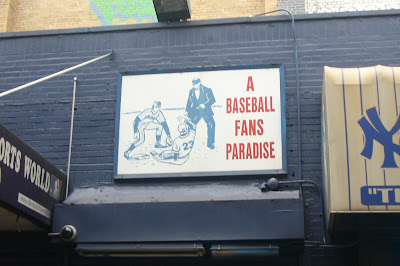 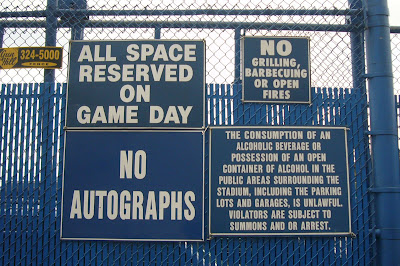 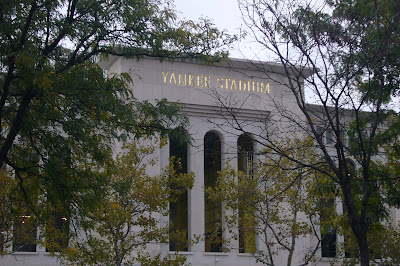 The only action was at the venerable Yankee Tavern, which was full with a boisterous happy hour crowd. 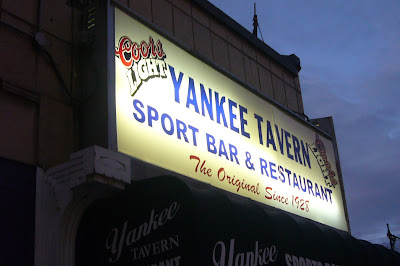 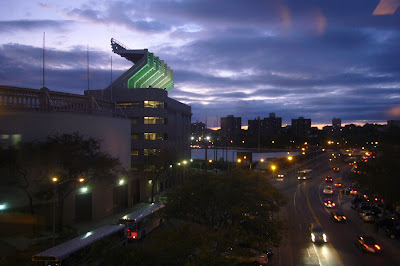 I have more photos on my Flickr page.
Posted by Grieve at 7:00 AM