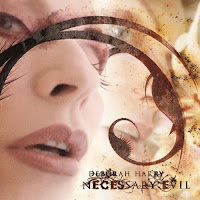 I was tempted to destroy my stereo with a sledgehammer probably two minutes into Deborah Harry's ironically titled October 2007 release Necessary Evil. It's an excruciating CD, full of random, cheesy musical styles (smooth jazz? hair metal?) and embarrassingly inappropriate lewdness (the 60-year-old woman sings about the devil's d--- and her curlies, for God's sake).
But whether it was professionalism or, more likely, morbid fascination, I stuck it out. Sure, I gave the album no stars (and got plenty of hate mail for trashing the icon), but I felt the ex-Blondie singer's star power warranted a review, good or horrid. If the artist had been a nobody, I would have simply ignored it.