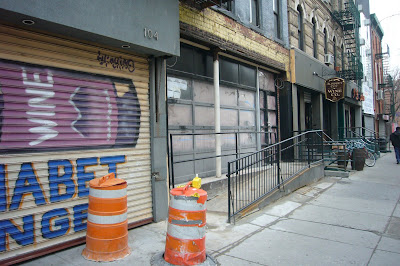 Plenty of change has come to Avenue C in recent years, of course...Let's just take a look at one small section of it...There are six storefronts along Avenue C between Sixth Street and Seventh Street on the east side. There's the nice Alphabet City Wine Co. that opened in 2007...as well as the NE Salon. And the Alphabet Lounge, which was revamped in 2006 (doesn't seem the same anymore, though the owners do at least appreciate the neighborhood's history). And there are two storefronts for rent. 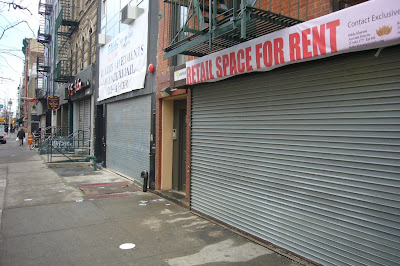 I'm told the sixth space on the block (pictured below) is going to be a brick-oven pizza place. (A beer and wine liquor license is pending.) A beleaguered acquaintance of mine from across the street said, "It least it won't be another bar." Here's what the spot at 102 Avenue C looks like now...No word on an opening date. 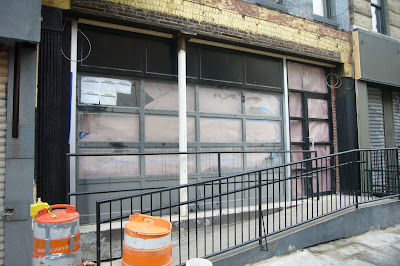 The revamping of this block saw the relocation of two longtime businesses, CHP Hardware (which moved north one block) and Joselito's Restaurant, a delicious and inexpensive Dominican spot that moved to Avenue D between Eighth Street and Ninth Street. (And what became of the tenants who lived above the businesses...?) By the way, the upstairs units at 94 Avenue C are currently serving as "New York City Vacation Homes," in which "suites" are available for up to $395 a night ("sleeps eight persons!"). 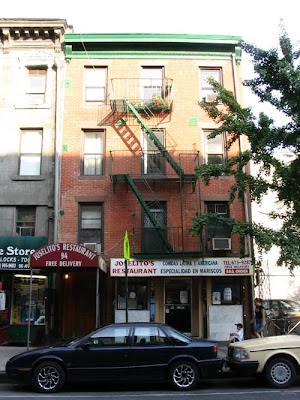 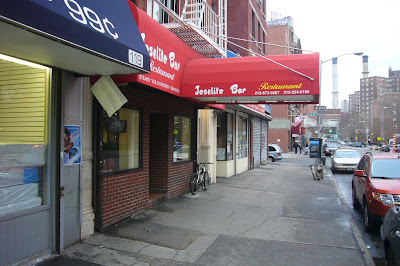 [Top photo of Joselito Restaurant via]
Posted by Grieve at 7:00 AM

Hmmmm...but why is it so unpeopled?

hey grieve, let me know if you ever need a co-pilot for a Joselito run. Sounds like goooood eatin'.

Absolutely! I wish, of course, they were still in the other location...but....