Coming soon to Avenue B: The AlphaBet Cafe at the site of the former Dynasty Restaurant and Coffee Shop

The former Dynasty Restaurant & Coffee Shop on Avenue B and 14th Street is set to reopen... 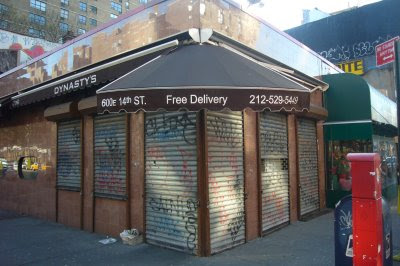 ...as the AlphaBet Cafe. A worker there told me they should be set to go in two weeks or less. I've heard various versions of this story...that the former owners Peter and Chris simply sold the place and moved on... or...the Health Department shut the place down late last fall...(the telltale yellow stickers are still visble on several of the windows in the bottom photo....) Based on the canopy and phone number -- the place kind of looks the same. 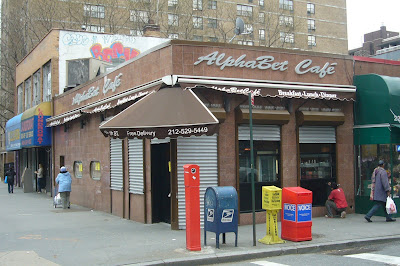 Well, the same as it looked the last few years. The place opened in 1955. Here's what it looked like in October 2002 before the remodeling: 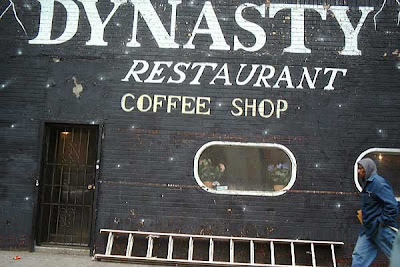