Gee, I don't understand why the Post said that the Bowery has "an L.A. vibe" (And now: A scene featuring backflips and Tyson Beckford!)

The nice celebrity-style transporters were lined up along the Bowery last evening...outside the Bowery Hotel, of course...Like usual. 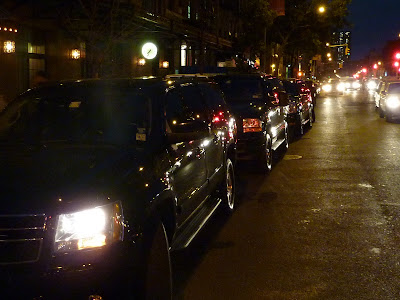 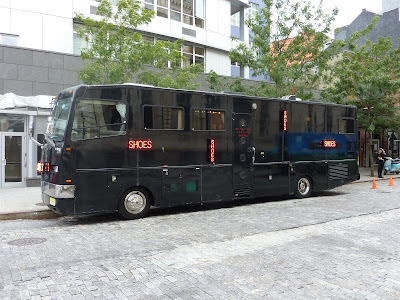 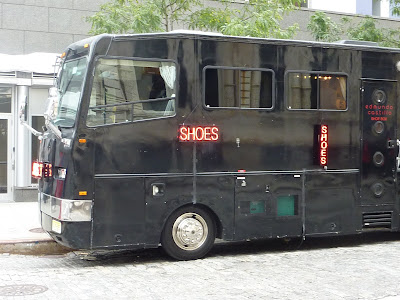 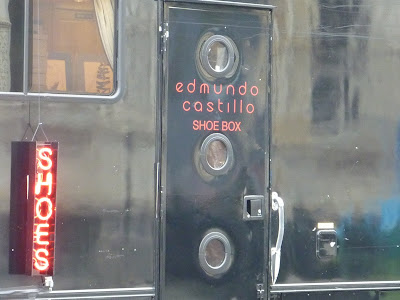 What was this all about? According to the press release!

On September 10th at 6 p.m., Tyson Beckford will ride in loud and fast on his motorcycle to open Fashion's Night Out Bond Street's Mini-Block Party. Bowery designers and retailers will be out in full force to celebrate a crazy night of shopping and rocking-out to live music.

Crazy! Anyway, there were cheerleaders — volunteers from the nonprofit Cheer New York — on the Bowery at Bond. (BoweryBoogie caught them in action on Bowery and Houston.) 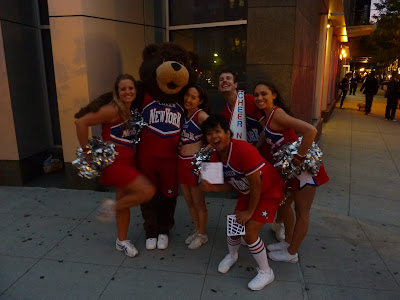 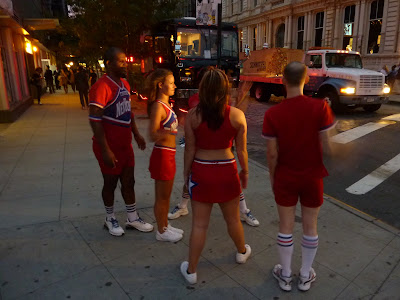 About two hours after Beckford was scheduled to arrive, he arrived. (Note: I didn't stand around for two hours: I happened to be by at the time he showed up...) And the big moment! It was just like the press release promised! Loud and fast! Like a real-life Kid Rock video! (Cheerleaders! Outlaw motorcyclists leaving skid marks on historical cobblestone streets!) 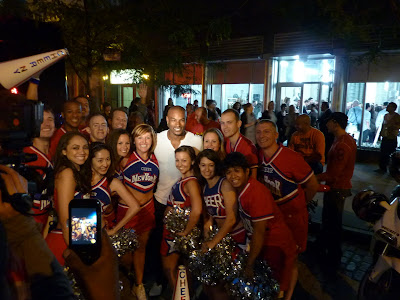 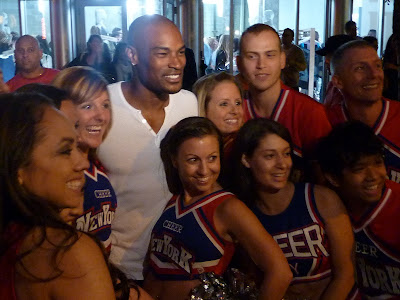 And the aftermath of the entrance... a little rubber left on the Bowery... 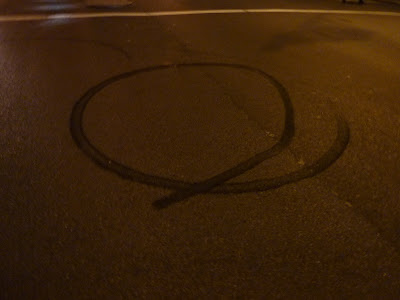 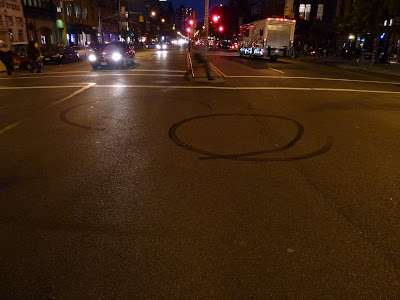 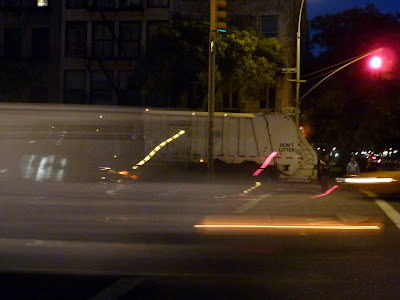 Email ThisBlogThis!Share to TwitterShare to FacebookShare to Pinterest
Labels: Bond Street, East Village, motorcycles, the Bowery, the fast and the furious, Tyson Beckford

Oh, I remember. He guested on America's Next Top Model. Whoopee.

I'm getting a little misty, people! What a beautiful idea-- the fashion community has organized "a five-borough outreach to drive retailer and consumers back together!" I mean, Edmund Castillo has been reduced to driving a truck around the East Village selling his exclusive high end runway shoes like they were MR. Softee ice cream cones! This "outreach" is waaaaaay overdue!

On a sadder note, what was Anna Wintour thinking!!! Nothing doesn't scream "faaaaashion" louder than a Southern Rock band named the "Greg Sprandlin Outfit". Unless that "outfit" is shiny leggings, an A-line skirt and a little vibrant color -- hot pink is nice! Anyway, I still wouldn't "check them out" too long if I were you, Tyson. You don't want to pollute your brand!

@ BoweryBoogie. I was actually giggling when the fellow started burning rubber on Bond Street. You may notice the camera start shaking.

Those are the lamest cheerleaders i have ever seen. They could have at least built a pyramid or something..

umm...the cheerleaders did build a pyramid, it was GREAT!!! and they put up stunts and threw amazing basket tosses. an all adult non-profit cheer team!!! amazing!!! i see them around the city at a ton of events. they bring spirit and have amazing athletic talents!!!

Wait-the cheerleaders really did all that? I wanna see a basket toss!

well either you should have hung around or went???? it happened all night!!!! :-)

Alright, the cheerleaders really DID build a pyramid and do a basket toss! I have the evidence and I now have to admit that they are good. They actually did Bring It On! I love that movie..heehehe

I saw the pyramid, and the security guards were pretty nervous about monitoring the event because the girl at the top was up in the trees and there were people swarming about the store entrance at the base of the pyramid. Some people are so quick to criticize, and on 9/11 too!