A fairly credible source told me that some EV thrillseekers have been showing films on the white sheets that covered parts of the under-construction Copper Building on 13th Street and Avenue B. Not sure on all the logistics about how this happened exactly, but when pressed, I was assured that this happened several times over the summer. Would have liked to have known then, so I could have joined them... 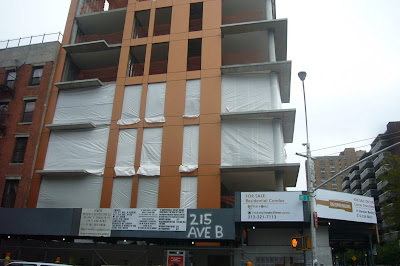 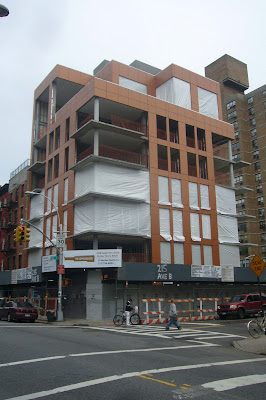 Meanwhile. Progress! Those sheets are coming down at the Copper. 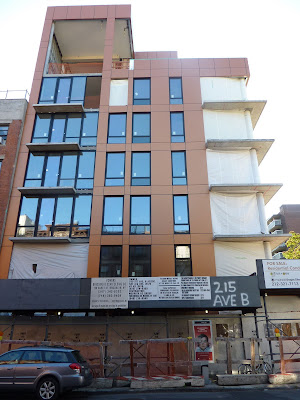 Previously.
Posted by Grieve at 7:10 AM

clever. i wonder what movies were screened...

Definitely would have enjoyed seeing that. As I was walking by the building this afternoon I got to talking to someone who was thinking of buying one of the condos. He told me the lower floors were priced at $600K (don't know if that's 1 or 2 bedrooms, not sure I'd even care at that price) and the penthouse (with the great view of Campos Plaza) is several million. Why would anyone want something that expensive?