Theatre 80 to remain a community theater; new cafe to open in memory of William Barnacle Scott

As I noted back in late May, The Pearl Theatre Company, which has had a residency at Theatre 80 the past 15 years, was relocating to Midtown for its 2009-2010 season.

Lorcan Otway, whose parents built and operated Theatre 80 on St. Mark's Place since 1964, said in an e-mail to us at the time that "we intend to keep the East Village a vibrant arts community."

Indeed, that is certainly the case. Good news, finally, for a neighborhood overrun by beer pong, keggers and chain stores. This coming Thursday (Sept. 10), Theatre 80 begins its next life as a community theater. A local theater group is mounting a production for the next month; another group is booked for another month after that... (Stay tuned for the specifics...) 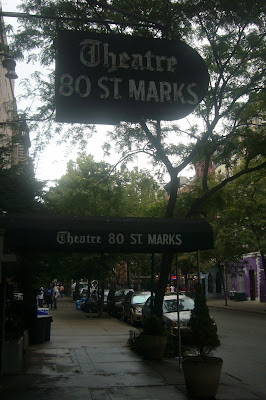 In addition, Lorcan will open a nautically themed cafe in the former Pearl Theatre's concession area. 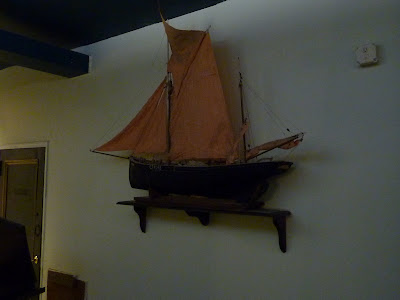 The spot will be called William Barnacle Scott, named in memory of the late Tompkins Square Park regular who passed away in May. There will be no TVs. No Internet jukebox. And the cafe will close at 6 p.m. As the sign out front promises, "A quiet cafe where people can hear each other talk, and you can hear yourself think." 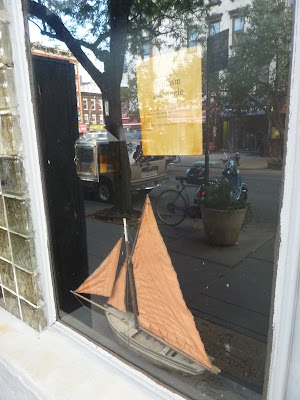 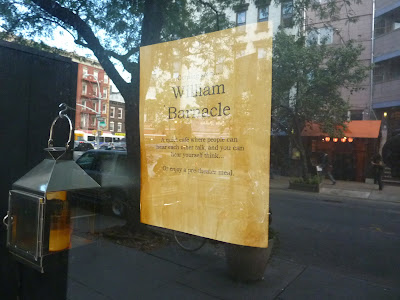 The cafe will be serving coffee and tea for theatergoers in the short term. Eventually the space will be open to the public, and will likely sell beer and wine. 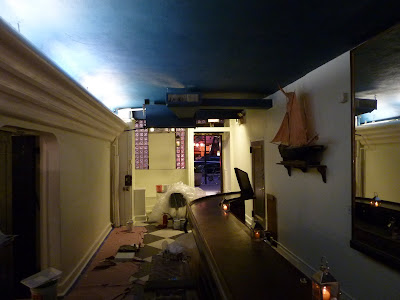 And what a tour. Despite the heavy workload in preparing the space for next week, Lorcan was gracious with his time, and showed me the entire theatre. In the cellar, he pointed out the foundation to the farmhouse that was in this spot dating back to the late 1600s.

And! I saw the original beer cooler that belonged to Scheib's Bar & Grill, the former speakeasy that operated in this space until Lorcan's father, Howard, and his mother, Florence, bought the building in 1964. (Lorcan's mother is 89 and still lives above the theatre.)

I had to take some photos of the beer cooler... 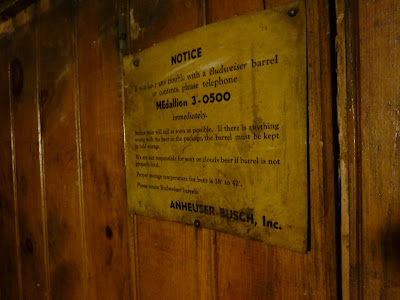 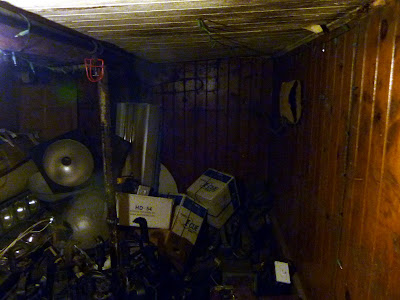 And Lorcan told me the story about one of the two safes they found in the basement. The safe pictured below was opened in 1964 after being sealed up since the Prohibition. When Howard Otway and Mr. Scheib, who came up from Florida for the honor, opened the safe, they were overcome by fumes and passed out. As Lorcan said, inside: Beer-soaked $100 bills that were picked up off the bar in a hurry and bundled inside the safe. The bills became moldly through the years. (Lorcan said with a chuckle that the Otways never received a finder's fee for the nearly $2 million in moldy bills that Mr. Scheib eventually were able to clean...) 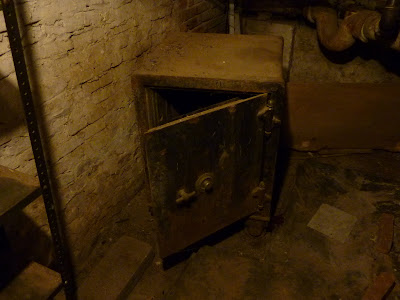 The upstairs area will include a photo of Howard Otway, a Broadway actor, whose inspirational vision for an arts-oriented community lives on with Lorcan today. (Mr. Otway passed away in 1994.) 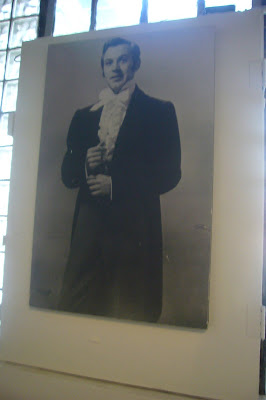 Anyway, here's Lorcan talking about the new cafe. (And, due to a technical glitch, the last 10 seconds got caught off -- apologies.)

If you're interested in rental information for Theatre 80, then please contact company manager Lori Singleton at: lori.theatre80@gmail.com.

It’s the final curtain for theater company on St. Mark’s Place (The Villager)

Quiet cafe — what a concept! (Scoopy's Notebook; last item)
Posted by Grieve at 7:00 AM

Cool news. I've never met Lorcan but have been following the saga of the 19c harp someone found in a dumpster and sold to him. I don't think anyone else has been posting about this, or maybe I just missed it.

And very cool news re: Theatre 80.

this is really great - great news, great stories. just a good way to start the day.

Lorcan asked Eak the geek to possibly to some sideshow stuff there..and John and I to maybe play there too sometime..should be a fun space

Thanks for the info, Eden. This is all very good to hear...

Wellll... It's "good" news; but"great" news would be if it was going back to being the Theatre 80 Movie Theater. Man I used to love that place.