After filming on the East Village last week, we hear that one of the Smurf cast members is absolutely GaGa over the prospects of living here... in fact, our spies have seen the cast member condo shopping .... over the weekend, he was wooed by the bikini-klad karaoke krowd at the A Building on 13th Street... 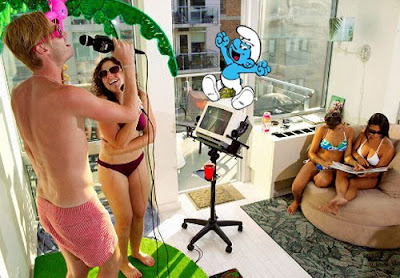 and he was equally bowled over by the private gated driveway at the 15-stories of condo at the Bowery and East Fourth Street... 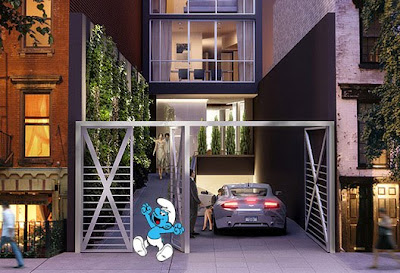 Previously on EV Grieve:
Exclusive: The Smurfs show their immature side while filming in the East Village

[Bikini photo via Curbed via the Daily News]
Posted by Grieve at 6:45 AM

Email ThisBlogThis!Share to TwitterShare to FacebookShare to Pinterest
Labels: expensive condos, running a joke into the ground, Smurfs

and/or perhaps he was wooed by its dormitory feel or the booze and drugs at its pool. or perhaps he likes the allure that random people can $h!t at its gym. and, lastly, i guess he'll be mostly singing song sung blue at the karaoke.

maybe they can help take care of the rat problem. where's gargamel and azrael?