The remaining piece of urban archeology at 24 Avenue A

On Friday afternoon, EV Grieve reader Paul Dougherty (check out some of his NYC-centric films here) captured a little bit of urban archeology under the former sign of Graceland on Avenue A at Second Street... As he says, the sign shows some of the old neighborhood when Avenue A was the baby-nursery furniture district... (BaHa snapped some photos too earlier last week.) 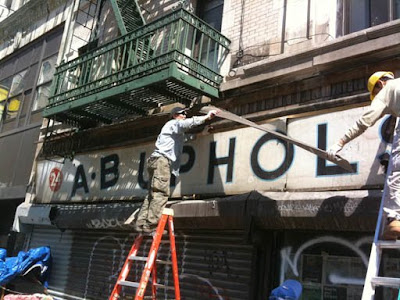 However, by Sunday, all traces of the ghost signage had been removed by workers.... 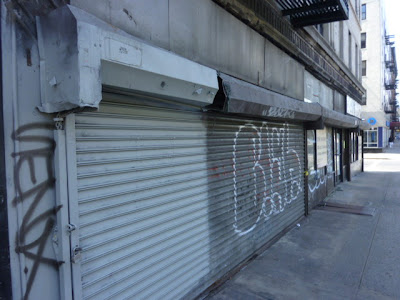 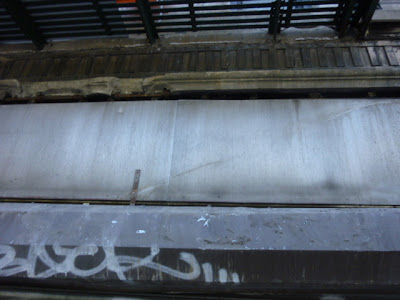 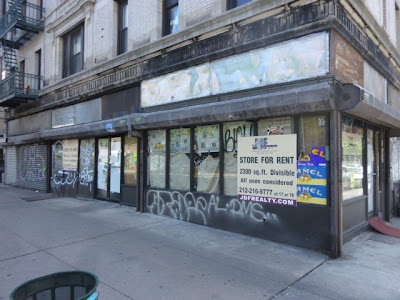 The space now just sits and awaits its fate.

This weekend, the Wheel of Speculation landed on "restaurant" according to a Gracefully employee. We'll see.

This seems like a no-brainer for a restaurant... Perhaps someone down the block may want to relocate for the higher visibility?

beautiful, if brief. Man, I am weary searching for old New York. Any tips Grieve? Thinking of hitting Grand Concourse in Bronx, Long Island City.. Gonna rent bikes and cruise all of harlem...thoughts?