Fate of The Theaters at 45 Bleecker Street seems decided

In mid-October, The Theaters at 45 Bleecker Street abruptly shut its doors... According to various news accounts, the theater has been involved in a long-running dispute with the building's landlord, Rogers Investment. The landlord had the property seized on Oct. 13, putting an end to two Off-Broadway productions, including "The Deep Throat Sex Scandal." 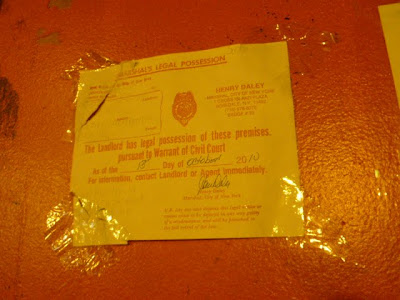 The theater manager told the Times on Oct. 14: “We’re really hoping to reopen immediately ... but I can’t say anything more because of the gravity of the case. We hope to say something more soon about how we’re looking to survive this hurdle.”

Meanwhile, the landlord has apparently decided to move forward... some rather homemade-looking "for rent" signs have just gone up at the space near Lafayette. 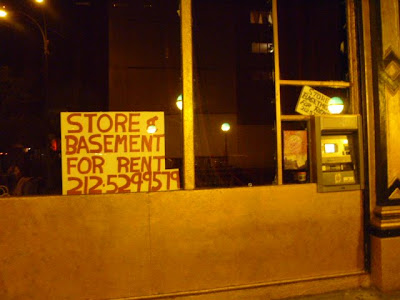 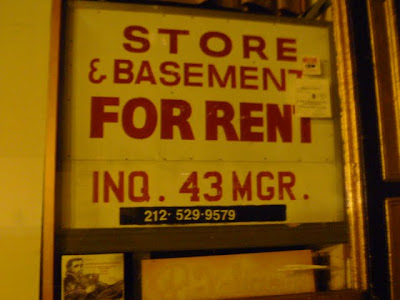 Be sure to read the Times piece for the backstory.
Posted by Grieve at 7:00 AM