Progress made in trash talk on East 12th Street

A group of residents on East 12th Street between Avenue A and First Avenue have had ongoing concerns about the trash piling up outside the buildings that house Ross Global Academy Charter School and East Side High School. With almost 800 kids, the school population between First and Avenue A is considerably larger than the three other schools on 12th Street and requires a greater number of trash pick-ups.

As one resident noted, the schools can dump on the sidewalk any time of the day or night while residents must comply with trash pick-up rules. "Every day we have to walk out of our building and look at bags of garbage and a running stream of sour chocolate milk in the gutter," one resident said. In addition, the fire hydrant on the south side of the street was often piled over with trash. 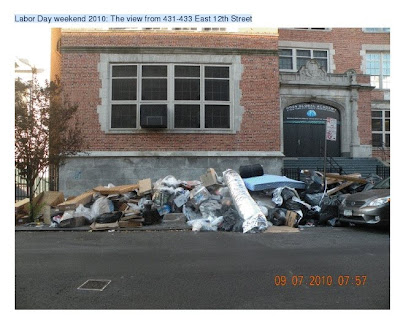 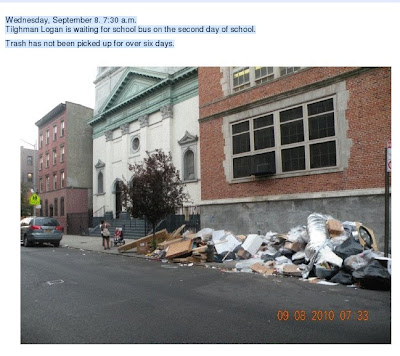 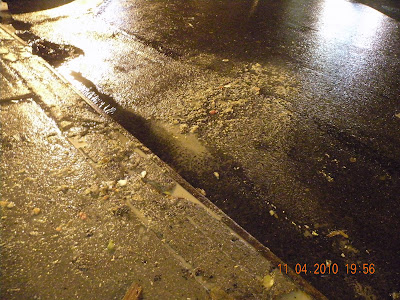 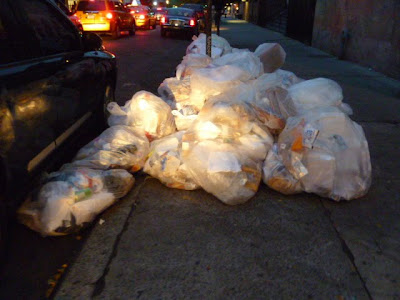 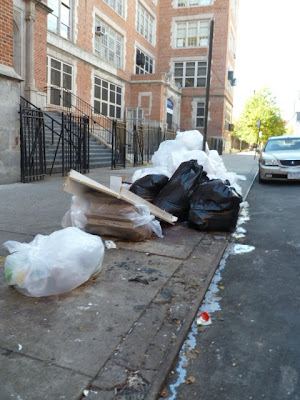 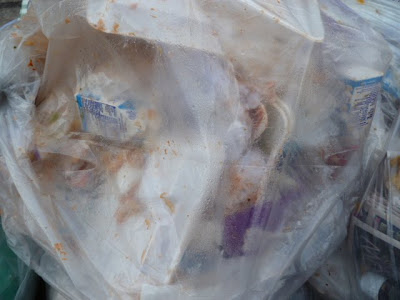 However, after a series of meetings with school officials, including the building engineer, as well as a flurry of e-mails and phone calls with Sanitation Department officials, there is progress to report. The residents are pleased to note a striking "culture change" in the past two weeks in the way that trash has been managed at the school facility.

In an e-mail, one neighbor noted "the initiative ... to establish an additional late Friday/early Saturday pick-up resulted in the elimination of a growing weekend trash heap which has caused tension between the school and the neighborhood. The constant, ever-heaping mountains of trash present not only an eyesore, but a a health hazard to the community, especially with bedbug outbreaks throughout the city."

On weekends, the sidewalks were trash free... and the fire hydrant has also been painted... 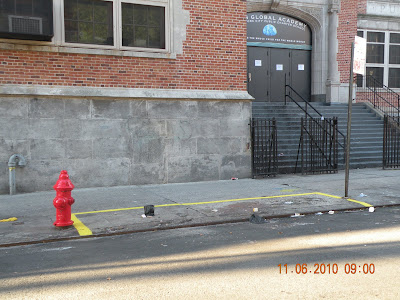 Said a resident: "This is a good start ... we will continue to monitor and review the situation and I look forward to continued collaboration and cooperation."
Posted by Grieve at 6:49 AM

awesome, well we should also speak out about the piles of trash the Earth School leaves on the sidewalk filled with school lunch leftovers, and then it leaks into the street sending soiled milk smell into the air and sending me running home to puke!

I have exactly the same problem with the disgusting and improperly packaged garbage at P.S. 15 on 4th Street! I have made several complaints via 311 to the Sanitation Department to no avail- and now I know why! It is unbelievable to me that schools are allowed to place piles of garbage on the street at any time of day/week. It is truly a public hazard since it creates a natural dumping ground for all passers by, a haven for vermin, and a permanent blight on the sidewalk for residents. No wonder no one wants to restore the historic townhouses across the street- I wouldn't either if I had to stare at and smell an entire school's worth of garbage at all times.

Such a wonderful update! Thank goodness school officials & residents are working together to manage the trash and to ensure the Sanitation Dept added more pick ups!

Amen Molly. I also live on 4th and the trash outside of that school is disgusting, attracts some giant rats, and stretches further and further down the block as the years go on. Come to the next block association mtg, I promise to bring it up then. They're currently working on the recycling situation outside Fine Fare. Keep track of my the code numbers 311 gives you when you call -- the documentation helps.

Thank goodness school officials & residents are working together to manage the trash.....
Trash Pick Up