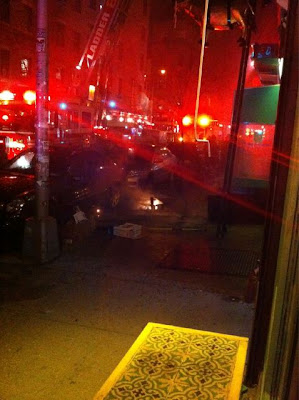 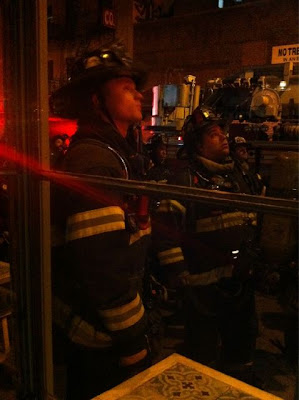 @jbeltowska reports that the fire is on the on 3rd or 4th floor of an apartment building on this intersection in Nolita. "Burning debris has been falling out the windows." 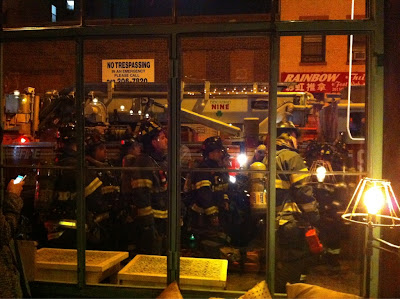 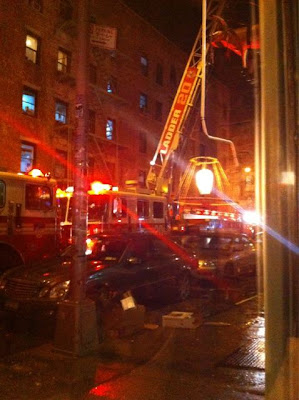 BoweryBoogie is on the scene at 202 Mott St. As he noted, the fire started in a building across the street from Lombardi's.

Just before 10, we heard the FDNY had the fire under control... and no injuries have been reported. DNAinfo reports that a 75-year-old woman suffered first-degree burns on her head.
Posted by Grieve at 9:16 PM