Alan P. Miller, the senior director of the real estate investment firm Eastern Consolidated ... said that although parts of the market remained sluggish, investors were eager to get a piece of the Bowery. “All of the Bowery is gold,” he said. — The New York Times, March 19, 2011

That quote has stuck with me all week. It prompted me to revisit "The Bowery," a chronicle of life along this thoroughfare in the early 1970s by Michael D. Zettler. The book, now out of print, was published in 1975. When I read the book, I think "yellow," not gold. 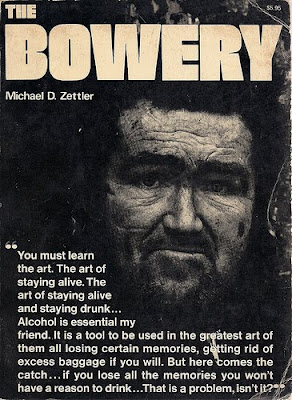 The book ends with police discovering a man lying face up on the Bowery at Houston. (You'd have a good view of him from the outdoor seats at Pulino's.) 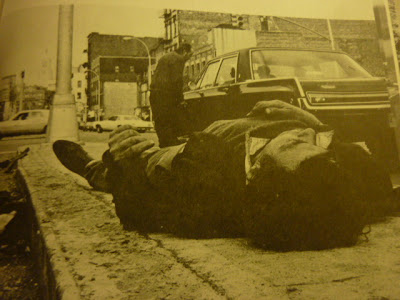 "Is he all right officer?"

"Where does he go from here?"

"Why? You want him? The wagon'll be along in a moment they take 'em up to the morgue at Bellvue ... The kids who're going to be doctors get to cut 'em up ... there probably ain't much left to look at inside of him though." 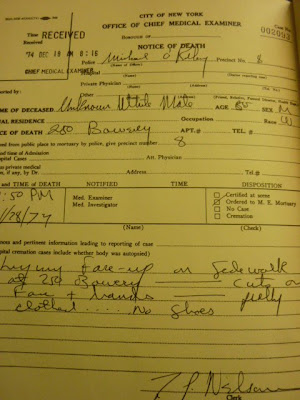 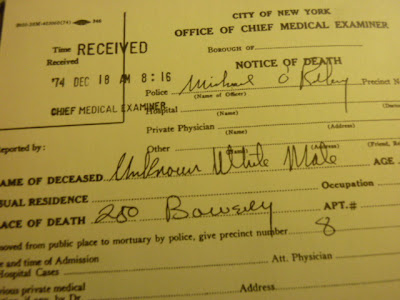 He's eventually taken to Potter's Field on Hart Island, where he's buried in an unmarked grave with the rest of the John Does. 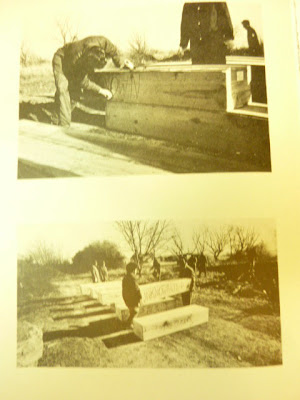 [Thanks to our friend Bryan at This Ain't the Summer of Love for bringing this book to our attention.]
Posted by Grieve at 6:50 AM

Great book. I've recently been enjoying this one: http://www.amazon.com/Flophouse-Life-Bowery-David-Isay/dp/0375503226

It's unfortunate that the Bowery has so much other important history and architecture from before it's skid row days, but once we tear all that down and the new bars get old... again... all that'll be left is more of its bad ole reputation.

Grieve--just woke up and thought I was reading Jeremiah. Sorry for calling you Jeremiah. Great coverage as I said.

I love the line on the cover of the book that reads: "If you lose all the memories you won't have a reason to drink...That os a problem, isn't it?"

I'm going to go search for this book online.

I believe that's Suicide Hall in the background in the second photo...ugh.

Whoops, "IS" a problem. I hate the smell of typos in the morning!

@Marty Good God, man — get it together!