Despite Chipotle, (part of) Gonzalez y Gonzalez will live on

Back in January, the 22-year-old Gonzalez y Gonzalez on Broadway near Houston came to a dishonorable end. As reported, Chiptole was taking over the space. 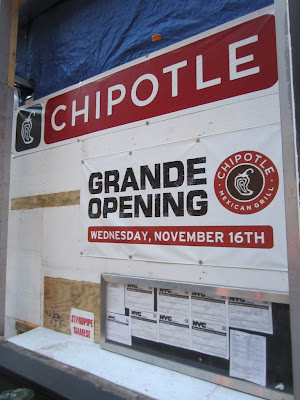 Meanwhile, as Eater reported in March, two former Gonzalez y Gonzalez bartenders were getting part of the space... and will reopen a smaller GyG with an entrance on Mercer, just north of the Angelika... But there were problems securing a liquor license ... 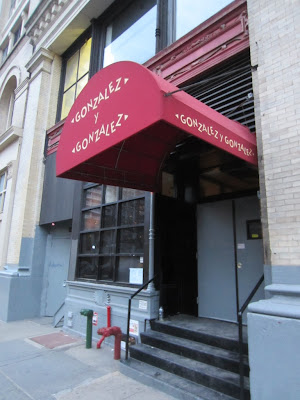 During the weekend, an anonymous source sent us the following missive:

Many people might already know, or soon will find out, that Chipotle is opening next week at the Broadway entrance of the old Gonzalez y Gonzalez.

What many people might also not know, is Chipotle only took half of the original space, and that 2 of the original bartenders from Gonzalez y Gonzalez were able to secure the name and the other half of the space, entrance on 192 Mercer Street, and will be reopening, with bands, liquor license, giant sombrero and all, by the end of the year.

Sounds pretty definite. So maybe you will be able to wolf down a margarita again before seeing a movie at the Angelika.
Posted by Grieve at 6:36 AM

Glad to hear the giant sombrero will live on. This was my go to drink place years ago when I worked next door to it. How many Chipotle's does this city need?

I never had much use for G&G (still missing Bar Lui and its rigatoni a la suga), but it's good that at least the Mercer Street side won't be chain-operated.

Got the same notice. Posted the news a couple days ago.