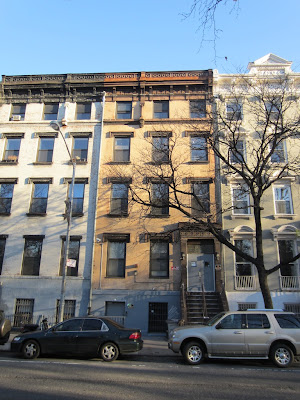 On Friday, we reported that Ben Shaoul's Magnum Real Estate Group bought 315 E. 10th St. from The Educational Alliance. Renovations are currently taking place to convert the building into residential use. There is also a pending permit to add an extra floor to the existing structure.

Area preservation groups had already been alerted to this possible development. Leaders from the Greenwich Village Society for Historic Preservation, the Historic Districts Council, the Lower East Side Preservation Initiative and the East Village Community Coalition sent a letter dated Dec. 6 to Robert Tierney, chair of the New York City Landmarks Preservation Commission (LPC). The letter reads, in part:

It has come to our attention that a permit application has been filed with the Department of Buildings to add a 5th floor to a 4-story building at 315 East 10th Street located within the calendared East 10th Street Historic District. We urge the Landmark Preservation Commission to intervene to ensure that these permits are not issued prior to designation.'

As you know, this block north of Tompkins Square Park was selected by the LPC as an historic district due to its high degree of intactness and distinctive architecture. This mid-block building is very much intact and such a modification would certainly negatively impact its character and the defining features of this building, which research completed by the Greenwich Village Society for Historic Preservation indicates dates to 1847. The level of architectural integrity for this 160-year old building at 315 East 10th Street is incredible, with details including an ornate galvanized iron cornice, window hoods and doorway frieze and entablature still intact. 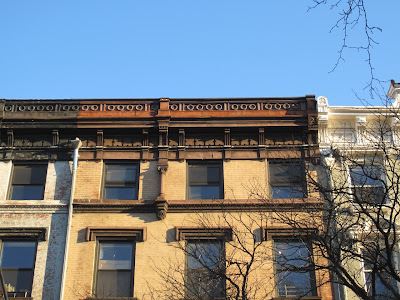 Per the GVSHP, because the proposed district has been calendared by the LPC, the city has the power to stop the permits from being issued if they act quickly enough.

So far, though, the LPC has seemingly been unsympathetic to East Village architecture. Witness the demolition of, among others:

Click here for a petition to help save 310 E. 10th St. from further development. And this about more than simply saving one building... this is about preserving the integrity of the entire north side of East 10th Street between Avenue A and Avenue B. If the city allows this addition, then there won't be much stopping any developers from doing the same to other buildings along here in the future... 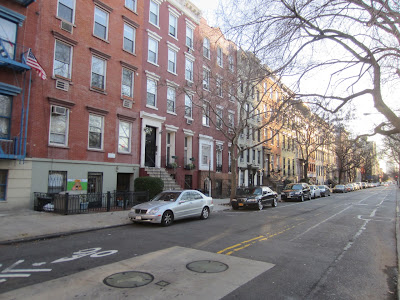 wow, so the ed alliance have gone ahead and sold out their project contact drug treatment program. maybe it's to help pay for an unwanted unneeded gym as part of their massive renovation project. and the ruination of their arts school.

seems you have to have a Fecesbook account in order to sign the petition, but I don't so I can't. Vaguely frustrating.