Diablo Royale Este is closed for 'renovations' this weekend

Diablo Royale Este was dark last night on Avenue A near 10th Street ... 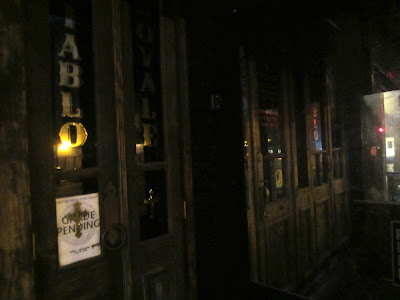 According to the sign on the door... the Mexican-style saloon is closed for the weekend for some renovations... 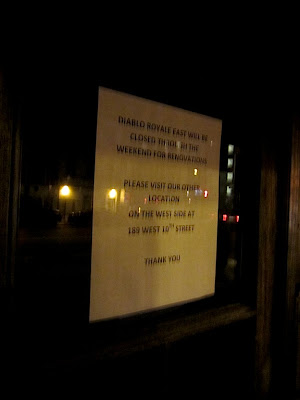 On Nov. 14, the CB3/SLA committee voted not to renewal Diablo's liquor license... the bar has drawn the ire of neighbors since it opened in May 2010. (You can read more about that here.)

According to the State Liquor Authority, Diablo's liquor license expired on Wednesday. 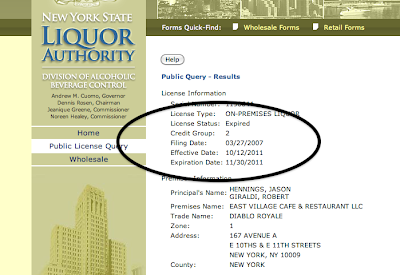 Previously, the CB3/SLA committee turned down the request for a renewal from Heathers and TenEleven ... and in both cases, the bars received a renewal from the State Liquor Authority.
Posted by Grieve at 6:31 AM

MAJOR WIN FOR THE COMMUNITY. Thank you CB3 and SLA for doing the right thing and setting the right example for the community! Keep Mardi Gras out of the EV!!!

Is there a valid NYC DOB permit to do removaions? Did the SLA approve an alteration?

Oh no. Where will all the people from New Jersey go this weekend?

i'm glad. the 'hood is becoming too much like bourbon street in new orleans.