Looking at the renovated Whitehouse on the Bowery

To be honest, it has been about 18 months since we last heard anything about the Whitehouse Hotel, the hostel/flophouse combo that was barely hanging on and retaining some of the Bowery edge of yore. In May 2010, Curbed posted a notice of a housing court hearing for the hotel's remaining permanent residents.

And the prognosis looked dire, as developer Sam Chang continued his plans to purchase the property and build a nine-story hotel on the carcass, per The Villager.

Anyway, fast forward to now. We spotted this sign adjacent to the hotel on what used to be Sir Shadow's studio... 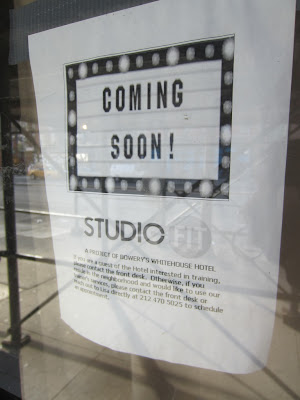 Fitness studio for Whitehouse guests? Huh? So we went over to the Whitehouse site and found ... well, a fancy new website... that apparently isn't so new. 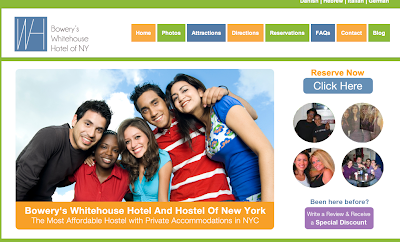 "Introducing Bowery's Whitehouse Hotel and Hostel of New York, the coolest hostel in the No-Ho District of Manhattan in New York City for students, backpackers, and travelers on a budget. Just reopened in January 2011 after over $100,000 of improvements and renovations, our hostel will prove to be second to none for your New York City experience." 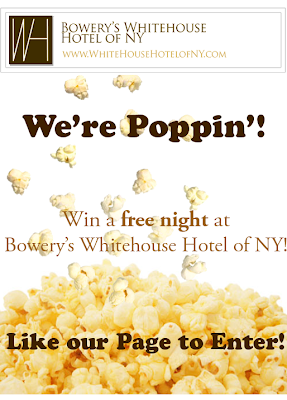 How did we miss all that? Hard to see sometimes under that sidewalk shed that has been up for years. 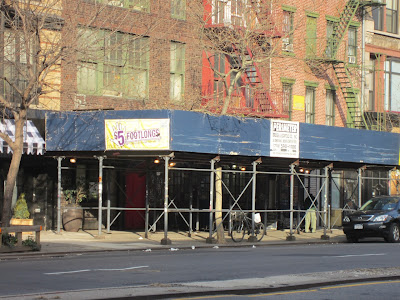 So here's what a room looks like these days... adorned with Sir Shadow's work. BoweryBoogie interviewed him about this here ... (We're waiting to here where Sir Shadow is these days.) 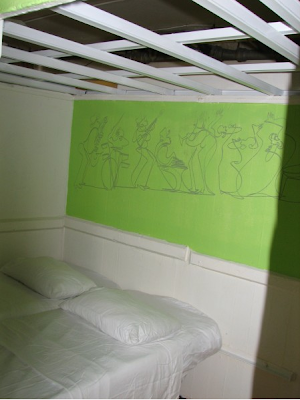 A single room is $30, which we understand was the going rate about 10 years ago. In any event, we don't know what happened to the former tenants... On the positive side, it's still being used as an inexpensive option for travelers with a respectful nod to the past, unlike the vile Bowery House down the way, which treats its remaining destitute residents as "an asset to the property" for the well-heeled tourists looking for an authentic skid row experience. 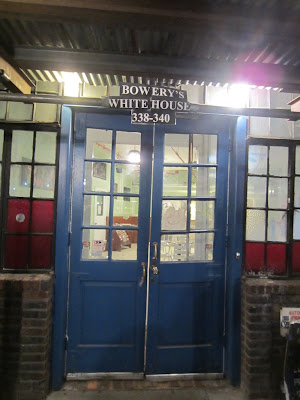 Email ThisBlogThis!Share to TwitterShare to FacebookShare to Pinterest
Labels: the Bowery, Whitehouse

OMG! They have hotels specifically for hostile youths?

This might have been a good idea a couple of years ago, but the Bowery has so jumped-the-shark that this is a waste of time and space.

An acquaintance regularly stays at this place when he comes into town for Vision Fest - while I was skeptical he assured me it was very clean and the only real drawback is sometimes during cleaning the smell of bleach gets very strong. But it is not bug infested or wasn't in the past.

I hope Sire Shadow is thriving somewhere...it was upsetting to see The Sidewalk removed his artwork when they renovated.

Where do these tenants go when they get removed? We never hear what happens to people...out of sight, out of mind?