That '70s show on Avenue A with 'Blood Ties' 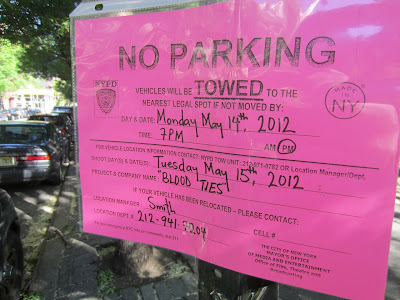 "Blood Ties," a 1970s-era family crime drama, will be filming around parts of Avenue A and Seventh Street and St. Mark's Place today, most likely. (Unless the rain KOs filming for the day... It is supposed to rain, right?) Clive Owen and Mila Kunis star in the English-language debut of director (and actor!) Guillaume Canet ... it's actually a remake of the 2008 French thriller "Les Liens Du Sang" ... the cast includes Billy Crudup, Marion Cotillard, Zoe Saldana, James Caan, Lili Taylor and Domenick Lombardozzi...
Posted by Grieve at 6:25 AM

extra! extra! read all about it ;)